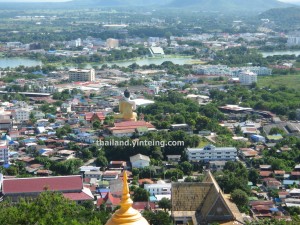 Nakhon Sawan is an ancient city of Thailand commonly called ‘paknampho’, the gateway to the North of Thailand.
Nakhon Sawan is an important city because it lies at the confuence of the Ping, Wang, Yom and Nan rivers which come together to form the mighty Chao Phraya river. 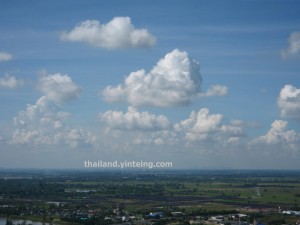 There are many artistic, historical and cultural sites in Nakhon Sawan. Primitive bones were found with stone tool, pottery and ornaments of about 2000 years according to the investigation of the Department of Fine Arts at Tambon Noenkhilek, Amphoe Lat Yoo.

It is rich in natural resources, many species of freshwater fish and birds at Lake Baraphet, many beautiful hills, forest and waterfall. You can take boat rafting at Mae Wong National Park Safe Guard Unit on the rainy season.

The province is divided into 13 Amphoes (districts) and 2 King Amphoe (Sub-district). It is bounded by neighboring province: Uthai Thani- Chai Nat- Sing Buri to the South, Lop Buri- Phetchabun to the East Kamphoeng Phet- Prichit to the North and Tak to the West.
Nakhon Sawan is 240kms from Bangkok and it has a total area of 9,957.7 square kilometres. 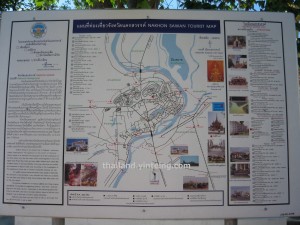 Note: The source of the information that you read is obtained from the Tourist board in the picture that you see above.

The Bridge of River Kwai, Kanchanapuri

Khao San Road ถนนข้าวสาร, Bangkok- active both during the day and at night