In Bangkok located near one of the entrances to Wat Saket, you can see craftsmen engrossed in making almsbound- forming the shape in the steel bowl by knocking as well as putting on the finishing touches. There is a website stated there called www.happyfamilyday.com. 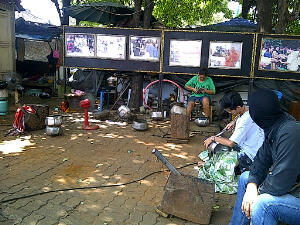 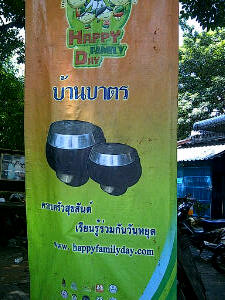 Almsbowl is used by a monk for morning almsround. Early in the morning you would see monks in saffron robes walking barefoot with their almsbowls to go for almsround. Lay supporters would offer food – usually tied up in plastic bags to the bowl. After receiving the food offering, the monks would chant the Buddhist transference of merits. Foods offered enabled the monks to have the physical strength to continue in their spiritual practice, hence it is considered a meritorious deeds to do alms offering.