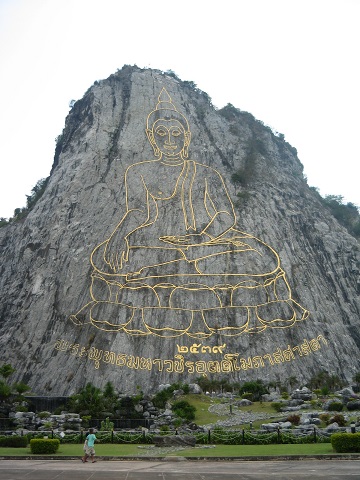 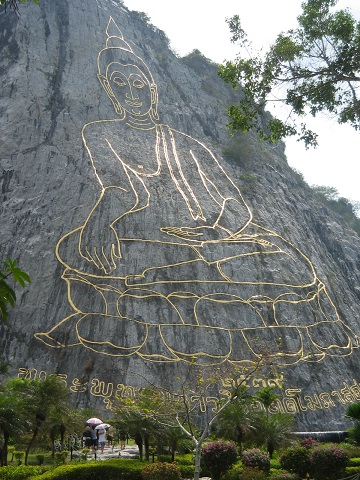 There are many tourists coming in buses to see the Buddha image, carved using laser to the mountain. In front of the mountain, a beautiful park is built. When I was there, it was quite windy and nice.

To get to Khao Chee San, there is no public transportation- usually, arrangement by tour, or to get someone to take you there by car or motorbike.