Below are photos taken at the Golden Triangle Temple- where the river intersects between Thailand, Myanmar and Laos. 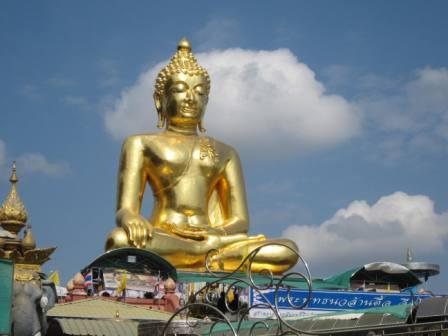 The Golden Buddha statue (made of bronze) weighing 69 tonnes is known as Phra Phutthanawalantue พระพุทธนวล้านตื้อ. It has the height of 15.99 meters and widest width of 9.99 meters. 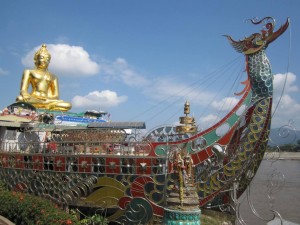 The Golden Buddha is located in the Golden Triangle สามเหลี่ยมทองคำ which is the intersection between Thailand, Laos and Myanmar meets. 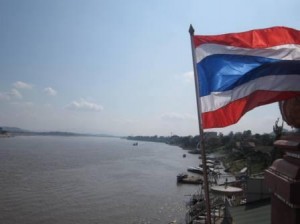 There is a map located where one can view the location: 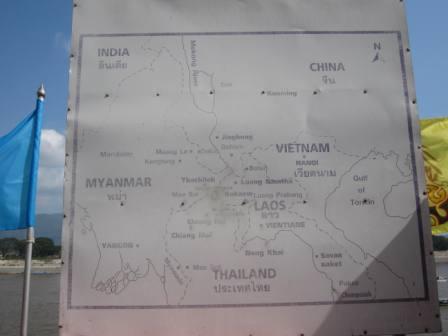 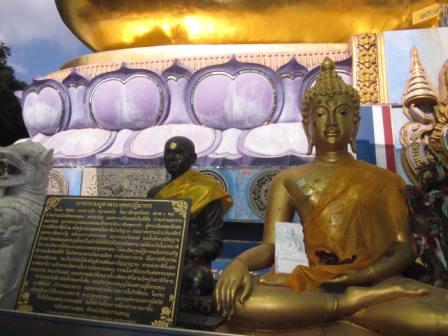 Visitors would climb up the stairs to teach an open shrine (above) which is in front of the Golden Buddha statue and pay respect to the Buddha.

Around the Golden Buddha temple, there is also a small park and some stalls selling various items ranging from food/drinks, Tshirts, souvenirs and craft items from the local hillstribes. 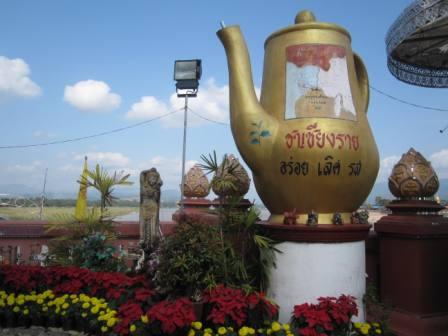 Paying respect at Wat Bangkung (near Amphawa)
Why we need to cover up when visiting temples in Thailand
Mae Sai- shopping and border between Thailand and Myanmar
Utilizing Talent to Benefit Others- Acharn Chalermchai of Wat Rong Khun, Chiang Rai
Spread the love

Wat Phra That Doi Tung- beautiful temple up the hills