Below are the snapshots of the KFC menu in Thailand taken as of June 2021  (Please click on the menu image to enlarge): 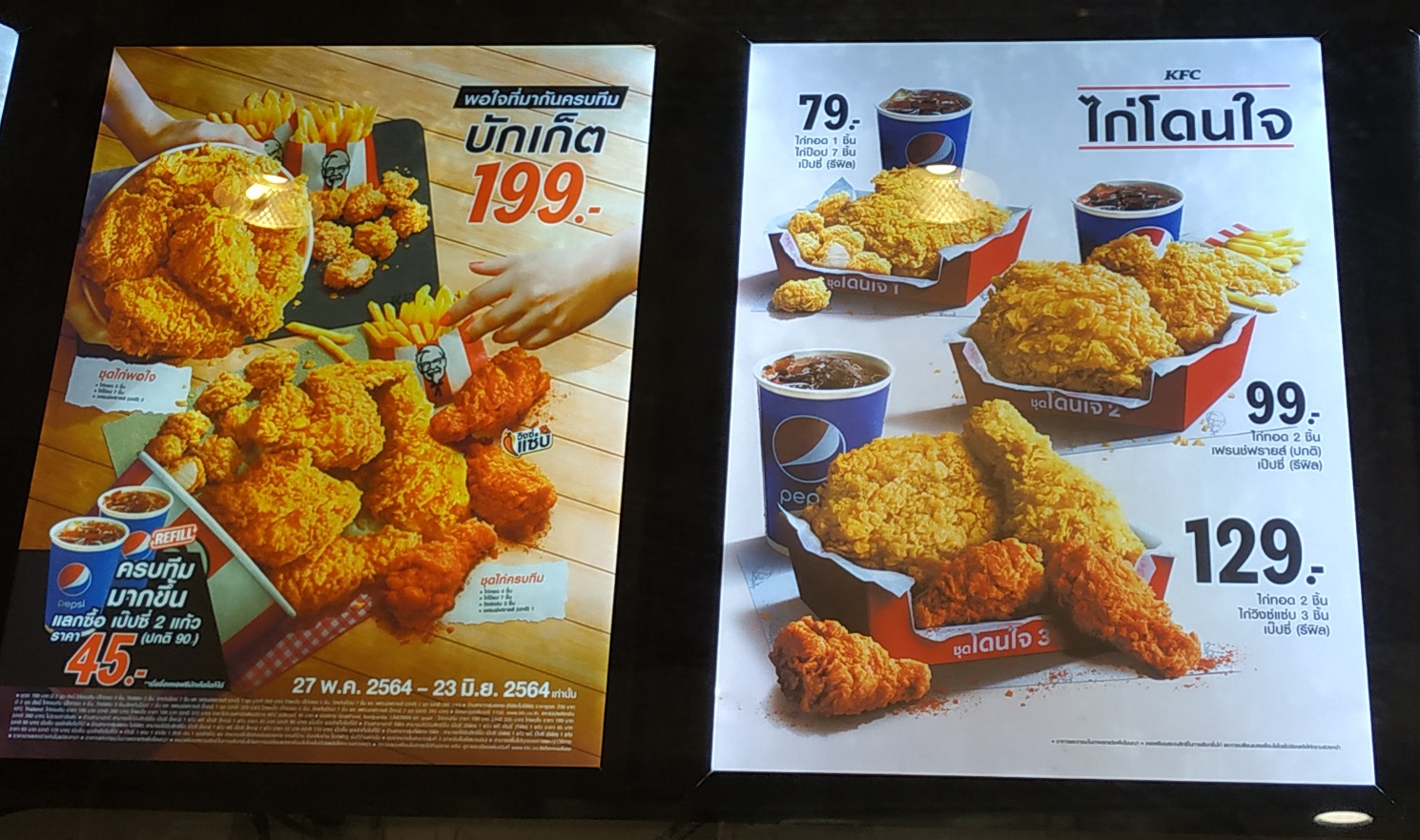 You can have the choice of ordering for one, two or a group of people where you can share out the bucket. 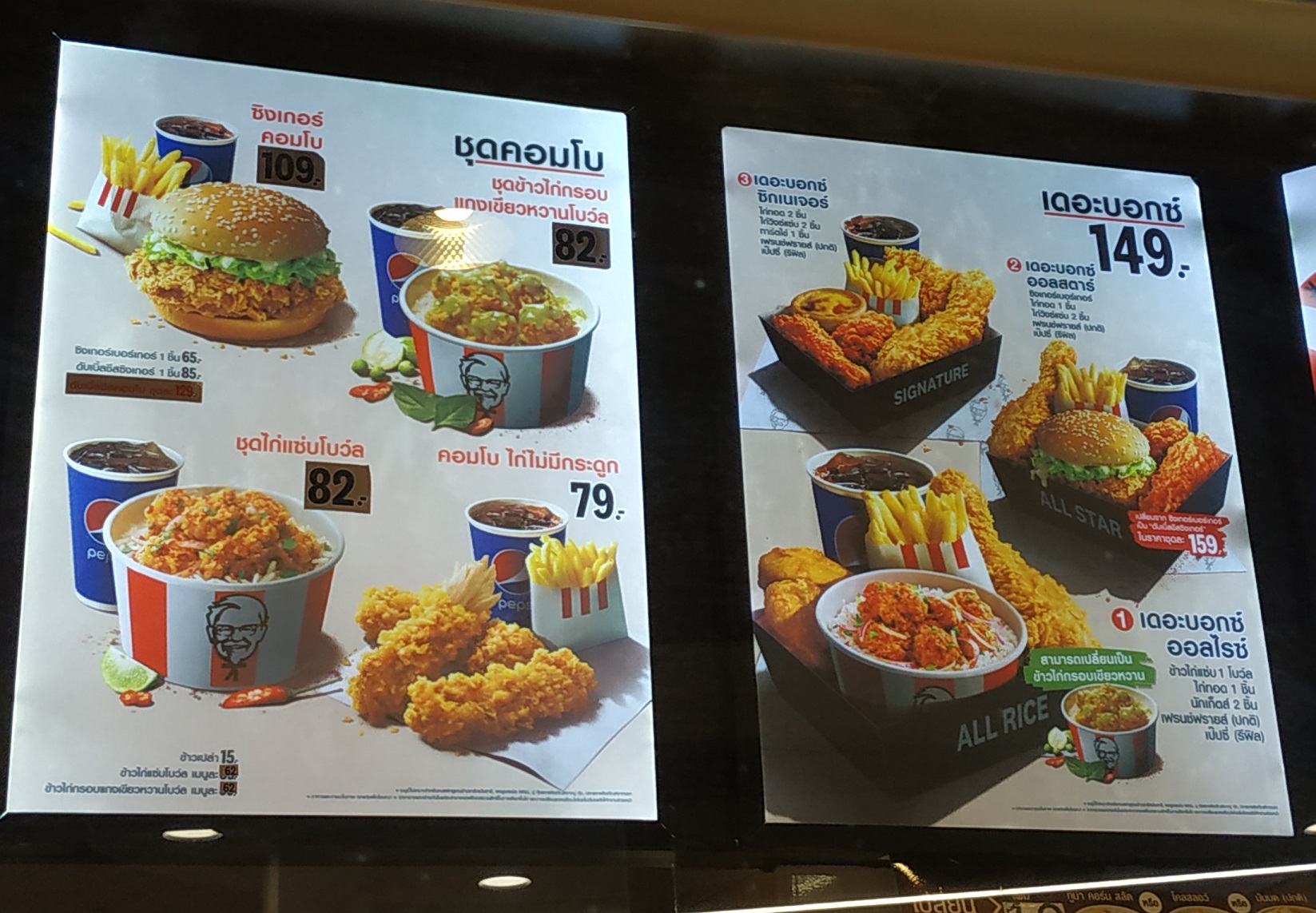 Usually if I were to order for myself, I would order a combination of their fried chicken and burger. However, this time as I am ordering for few people, I decided to go with the set order. 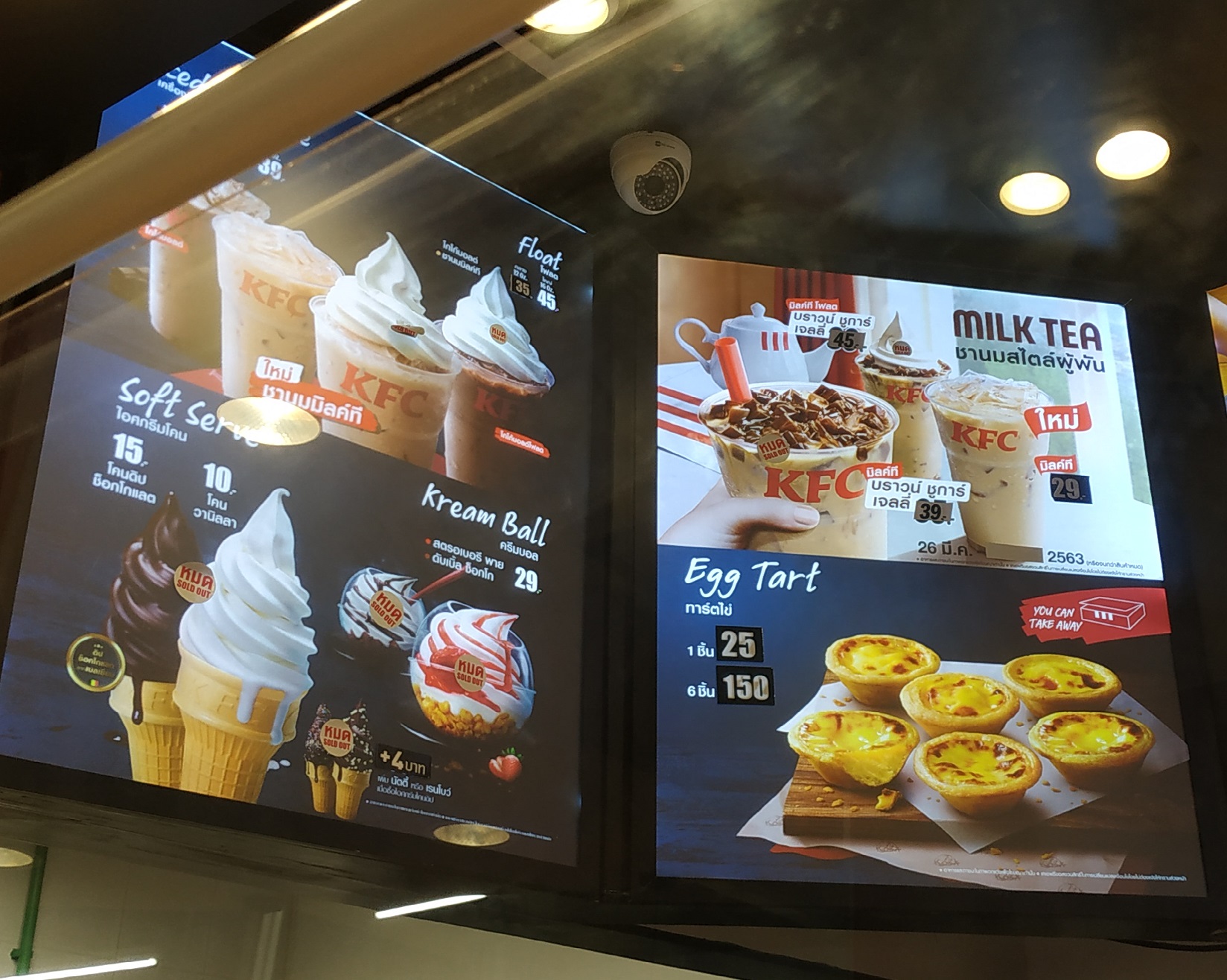 They also have the Portuguese egg tart that tastes best when you eat instantly. Just like french fries, if you eat it later it would not taste the same. There are now a variety of desserts which include the Kream Ball in chocolate and strawberry flavors, iced milk tea, ice cream cones and more variety of drinks aside from soft thinks. 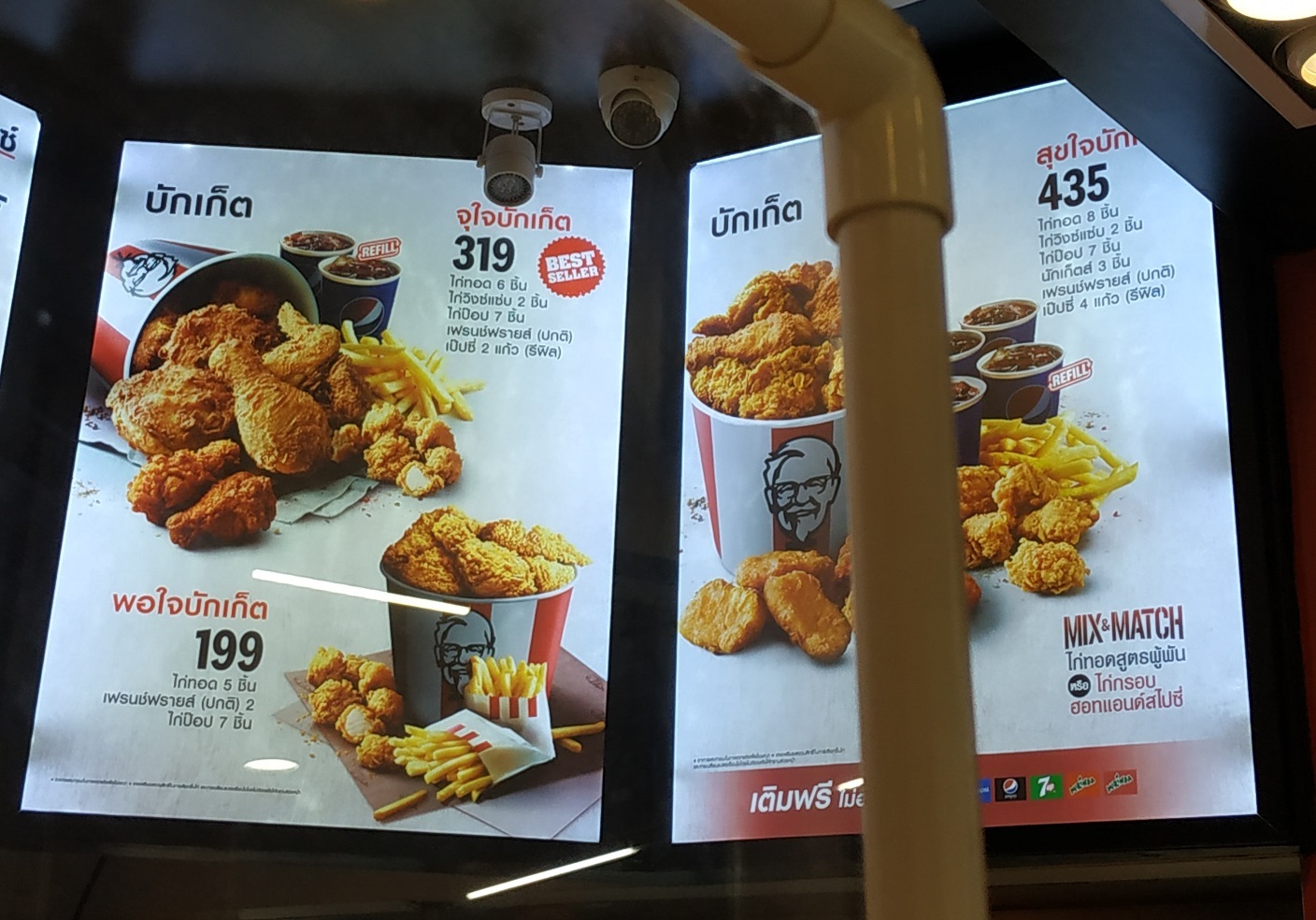 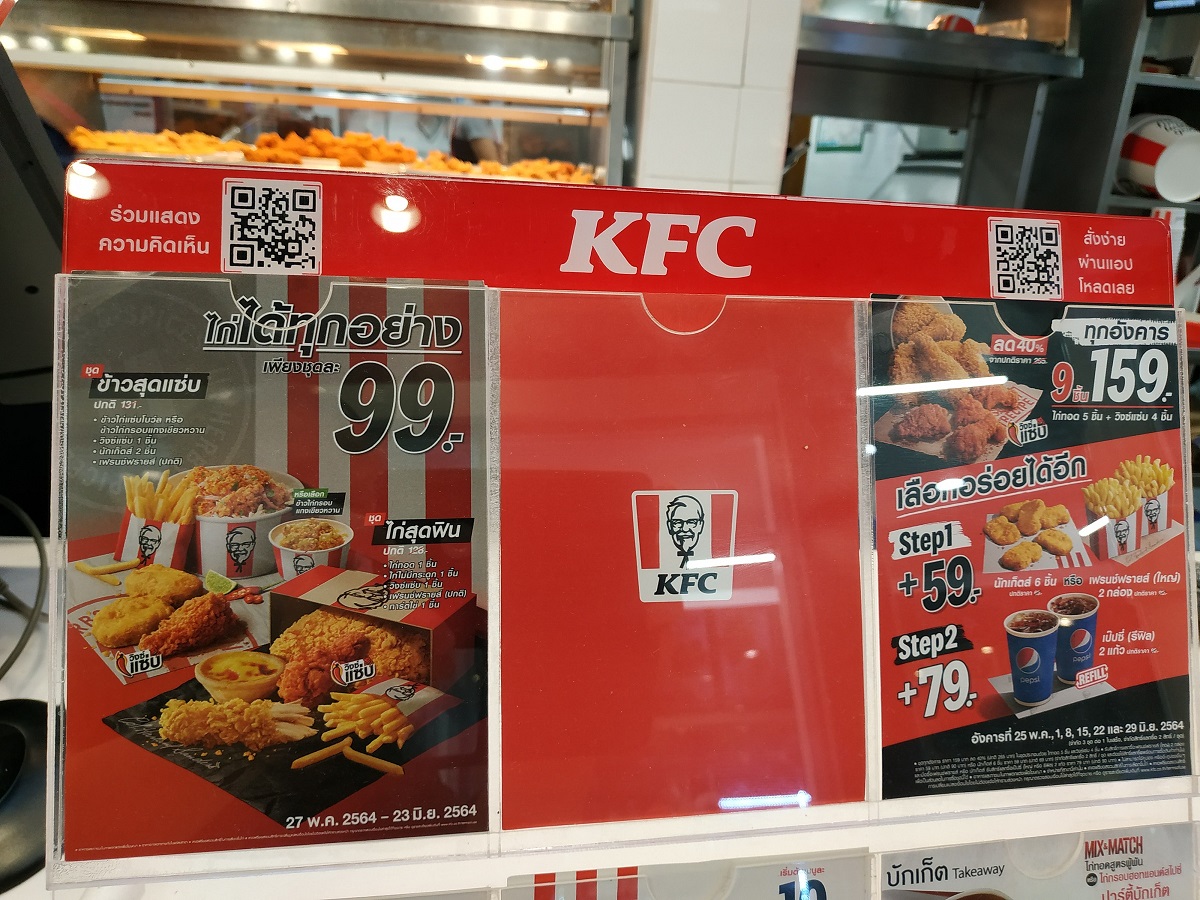 The above is offer set for limited period of time. Below are pricing of additional items you may wish to include. For example, I ordered mashed potatoes and coleslaw under ala carte, ie separate orders. 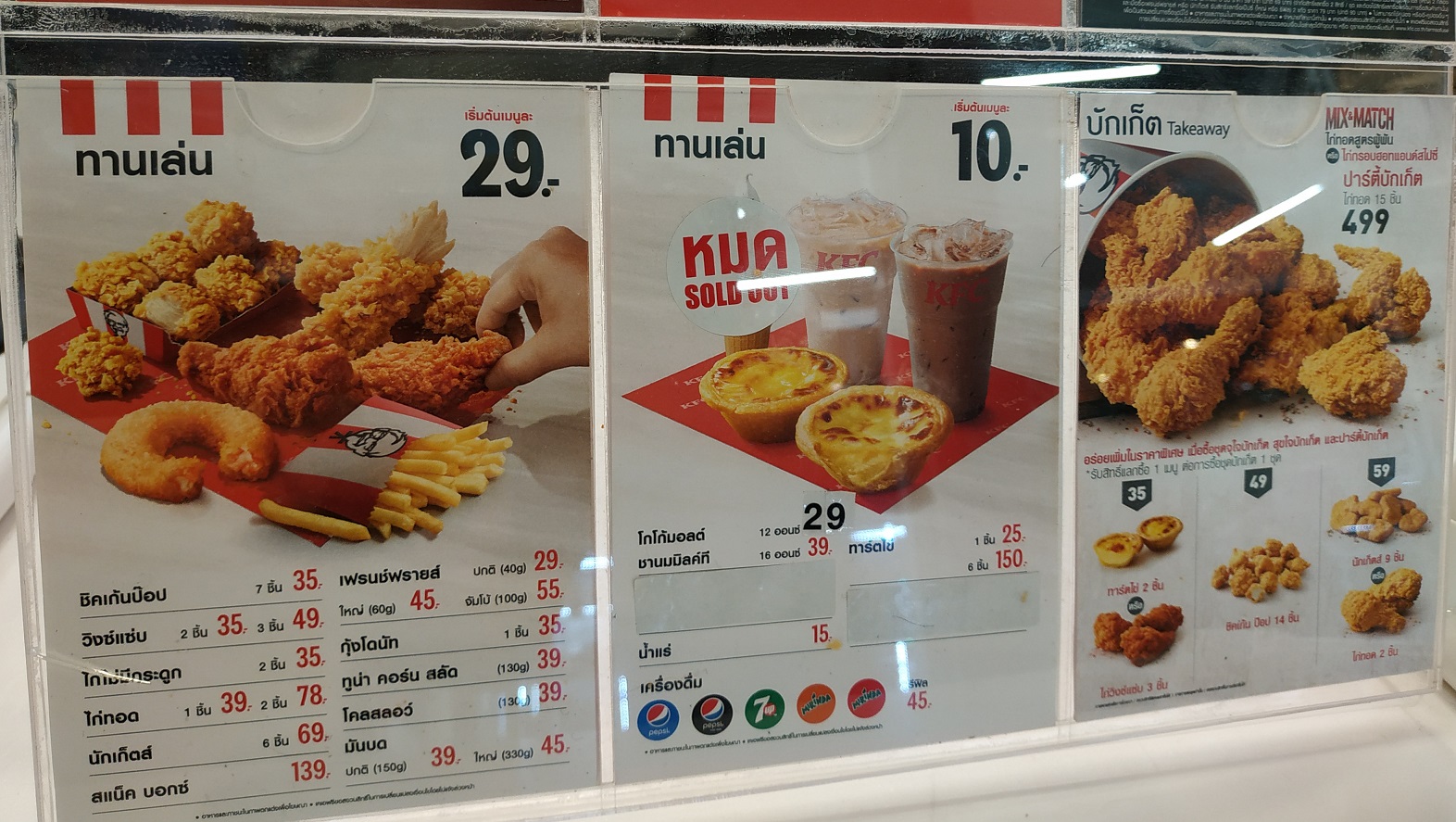 If you are dining in, you would be provided with an empty cup which you can take for your choice of drink refills. They have Pepsi, Mirinda (orange flavour) and 7 Up. 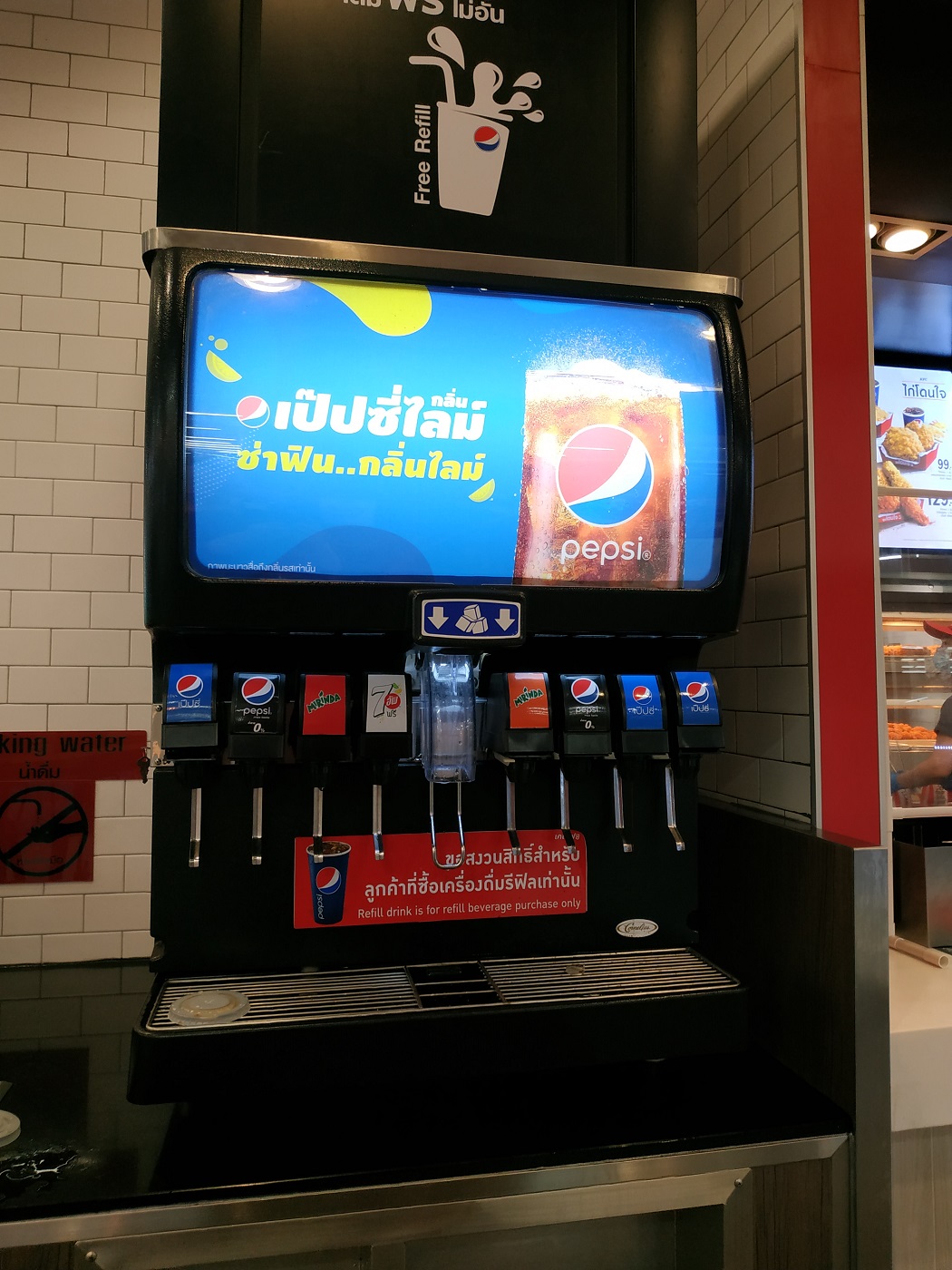 This particular outlet features some framed pictures of Colonel Sanders in an area of the store. Amazing to be able to see his real life picture. He had passed away in June 1980 at the age of 90 years old based on information from Wikipedia. 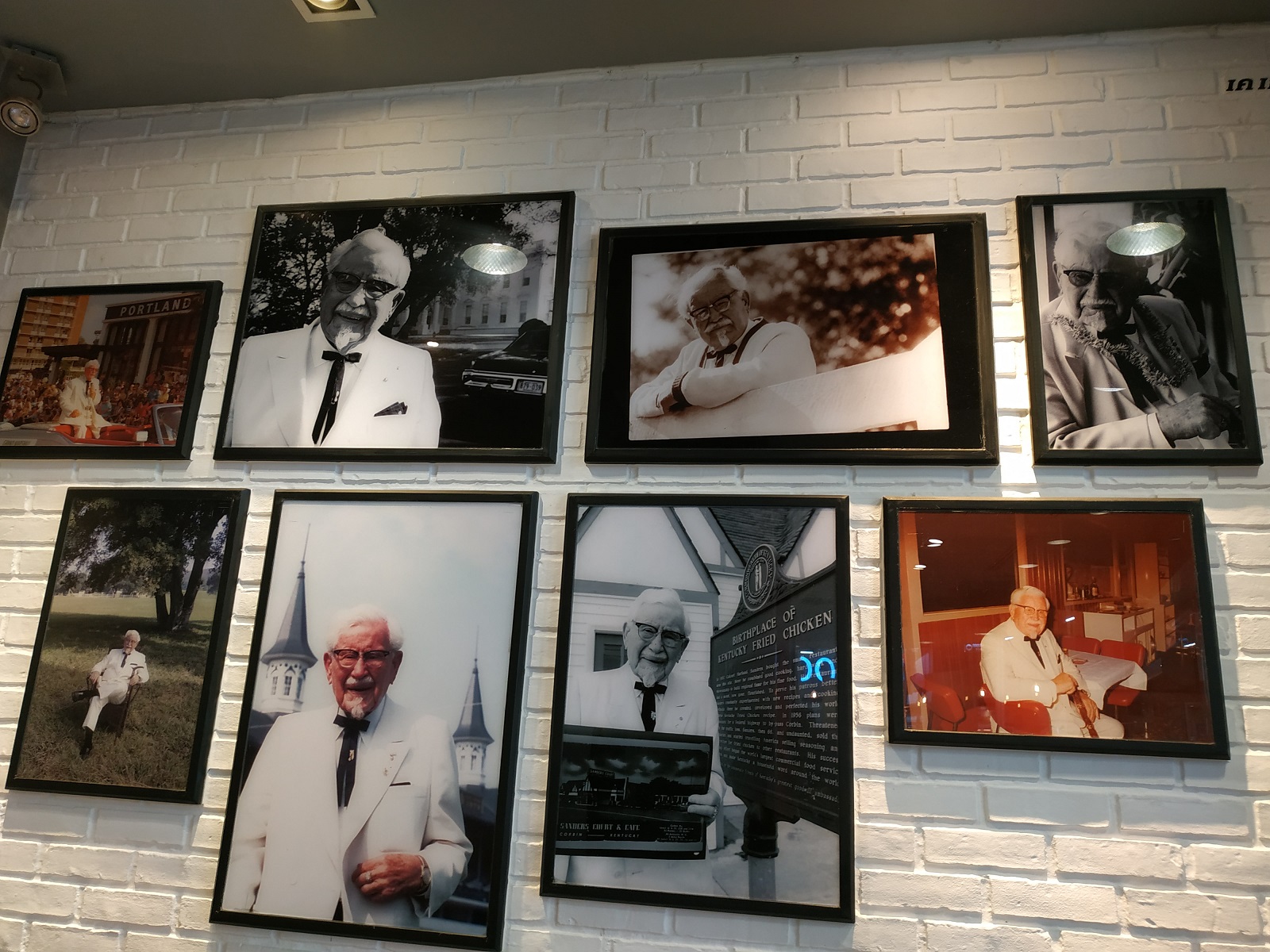 What we have ordered: 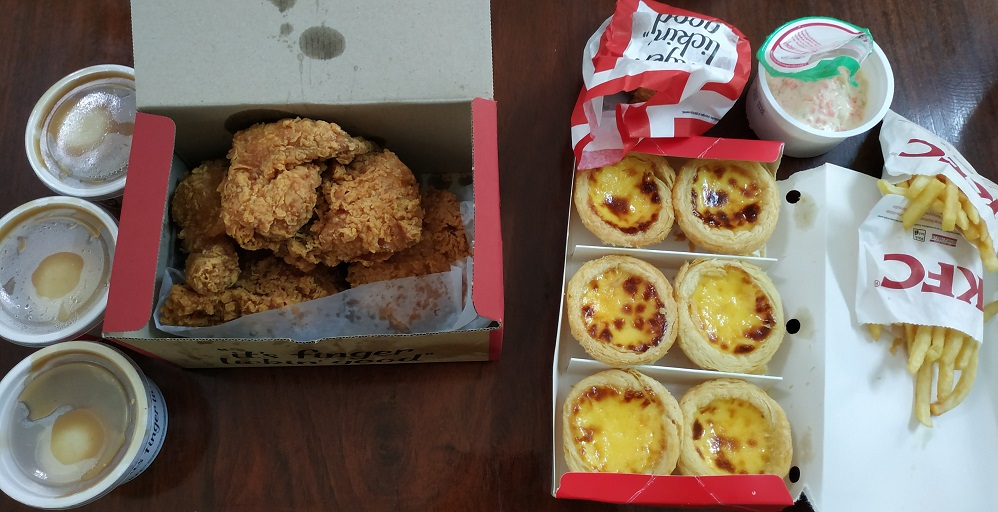 I’ve taken a set with 5 pieces of fried chicken with chicken crisps and 2 small fries which comes in a set. Added via separate orders are one coleslaw,  3 mashed potatoes and 6 Portugese egg tarts, The set above costs about 500 baht.

Coffee Stalls in Thailand- where price is cheap and often delicious!