When we have overseas visitors especially from Singapore and Malaysia, we would almost always take them to MK Restaurant. And so far, the feedback has been positive from guests as according to them, the ingredients are fresh and delicious. 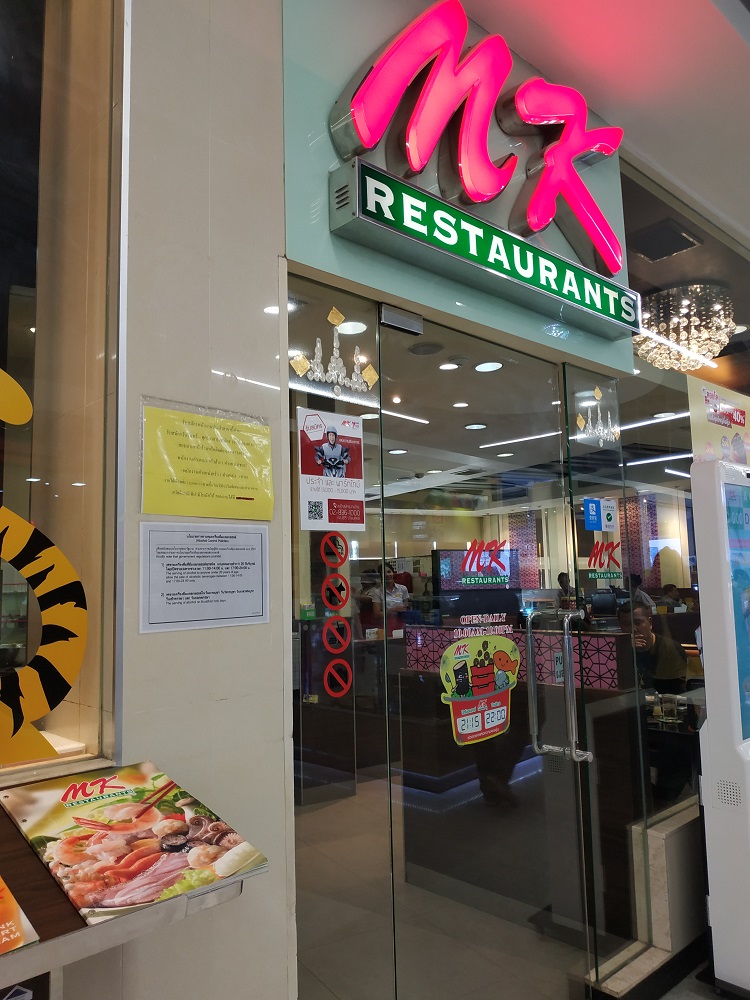 I have been told that there are MK restaurants in Singapore too but it is very pricey. Compared to in Thailand, the bill for about 10 persons who ate till they are full, we are talking about guys who usually like to order trays of meat as well as ala carte, the bill comes up to less than 3000 baht which is considered by my oversea friends to be very reasonable. 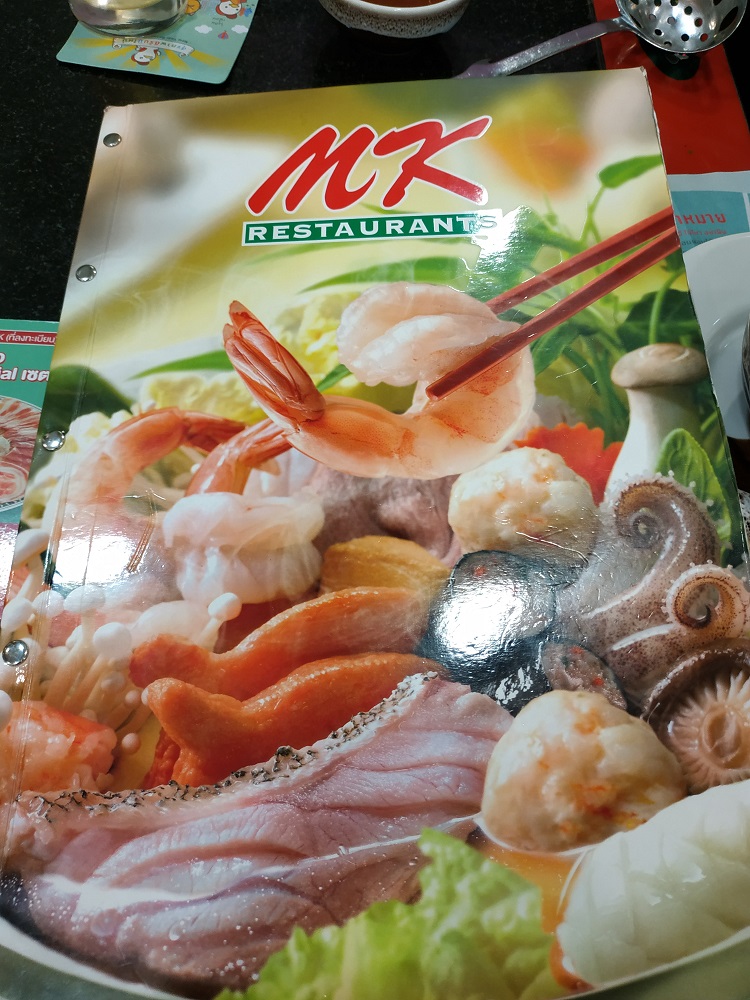 MK basically serve food in steamboat or suki style. However, they have a lot of ala carte meals like rice dishes, noodles, fried food, desserts and drinks. They also have plain and tomyam soup base. Usually, they would have set dishes where you can order for certain number of people. The set would contain an assorted of meat cuts, fish/meat balls, vegetables, mushrooms and other ingredients that can be added to the soup base: 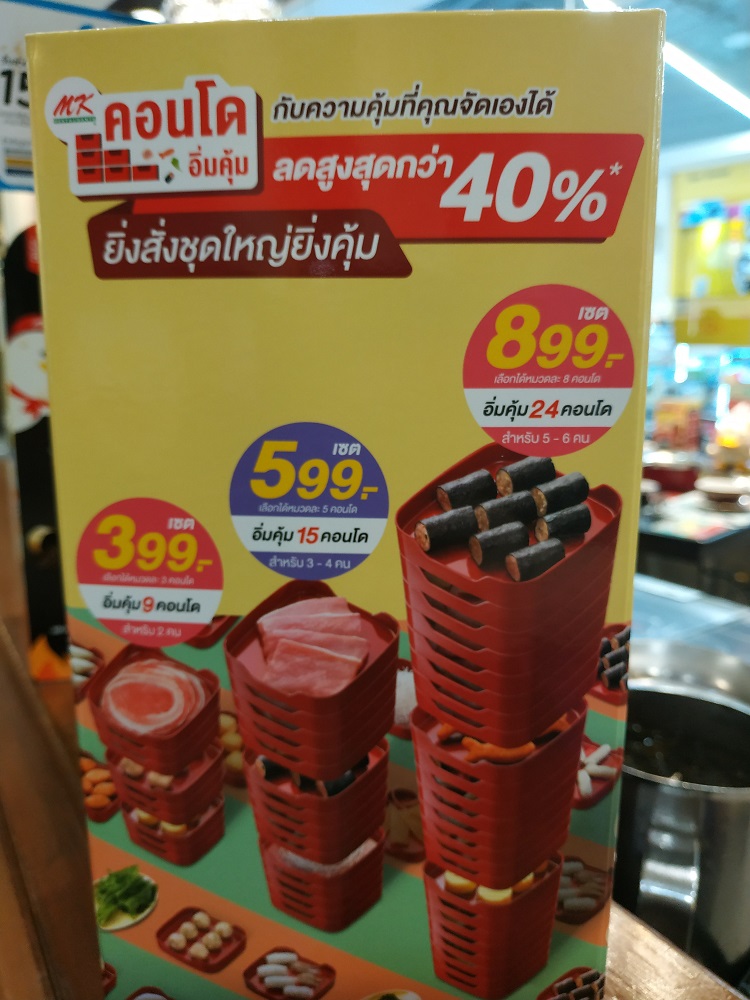 So far, in all the MK restaurants we have visited, the food always is fresh. In order for the steamboat to taste delicious, the meat cuts and other ingredients need to be very fresh. And we have never been disappointed by the quality of their food. 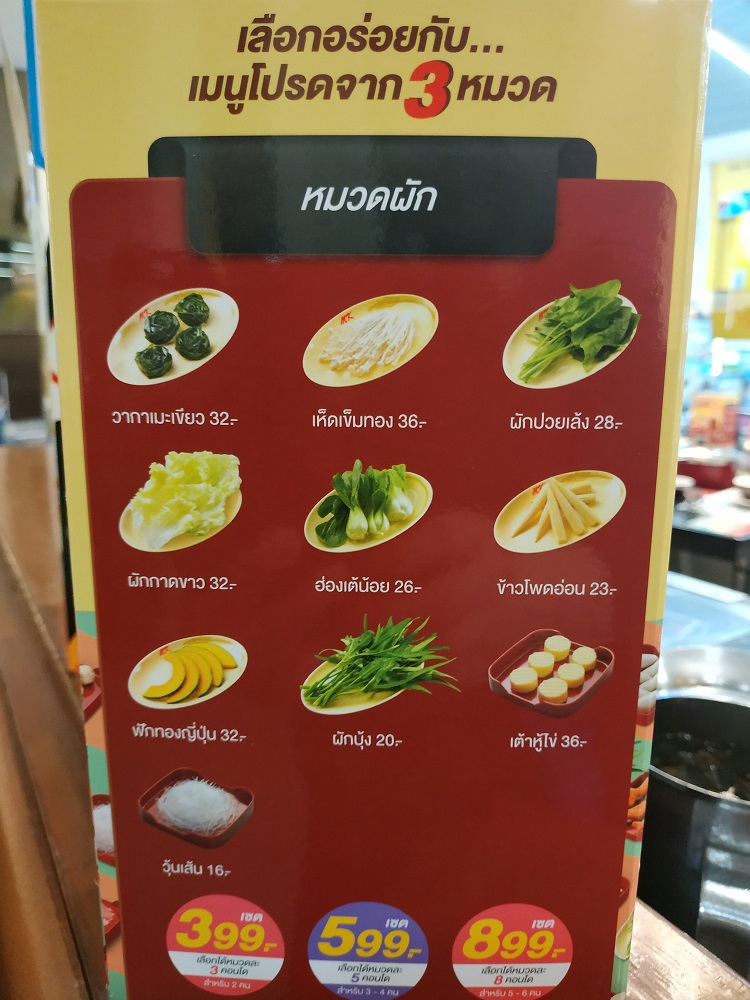 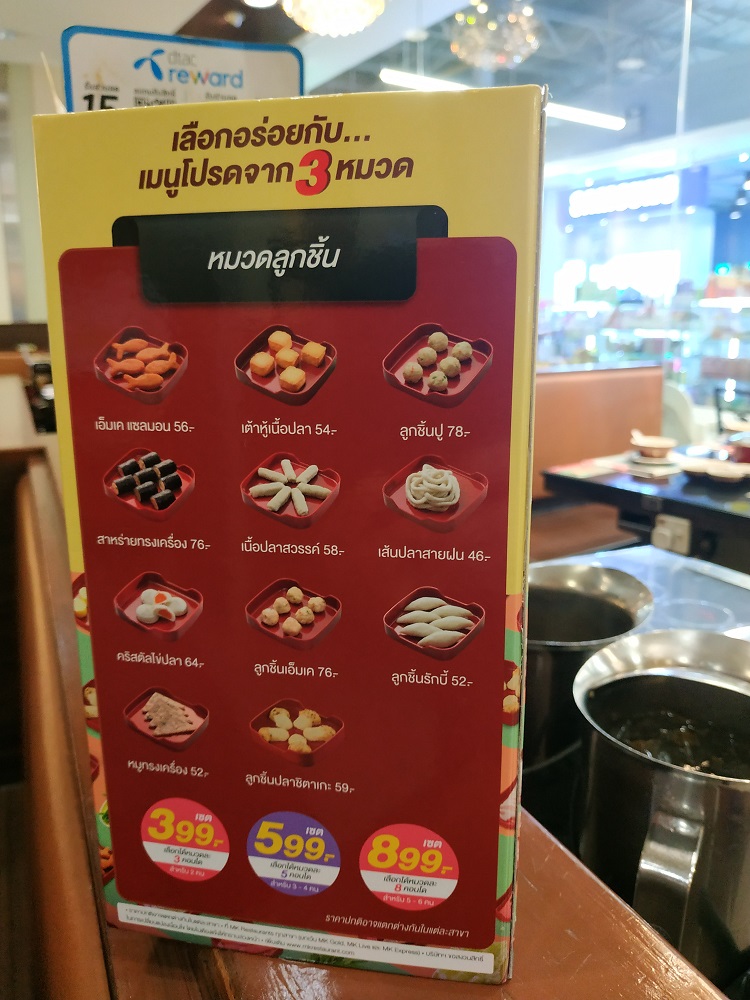 One of their more popular dish is the roasted duck. Personally, I do not really consume duck meat as I do not like the taste. However, the roasted duck is quite well marinated so I would eat some. This dish is a kind of must-have for the oversea guests as they really love this dish. 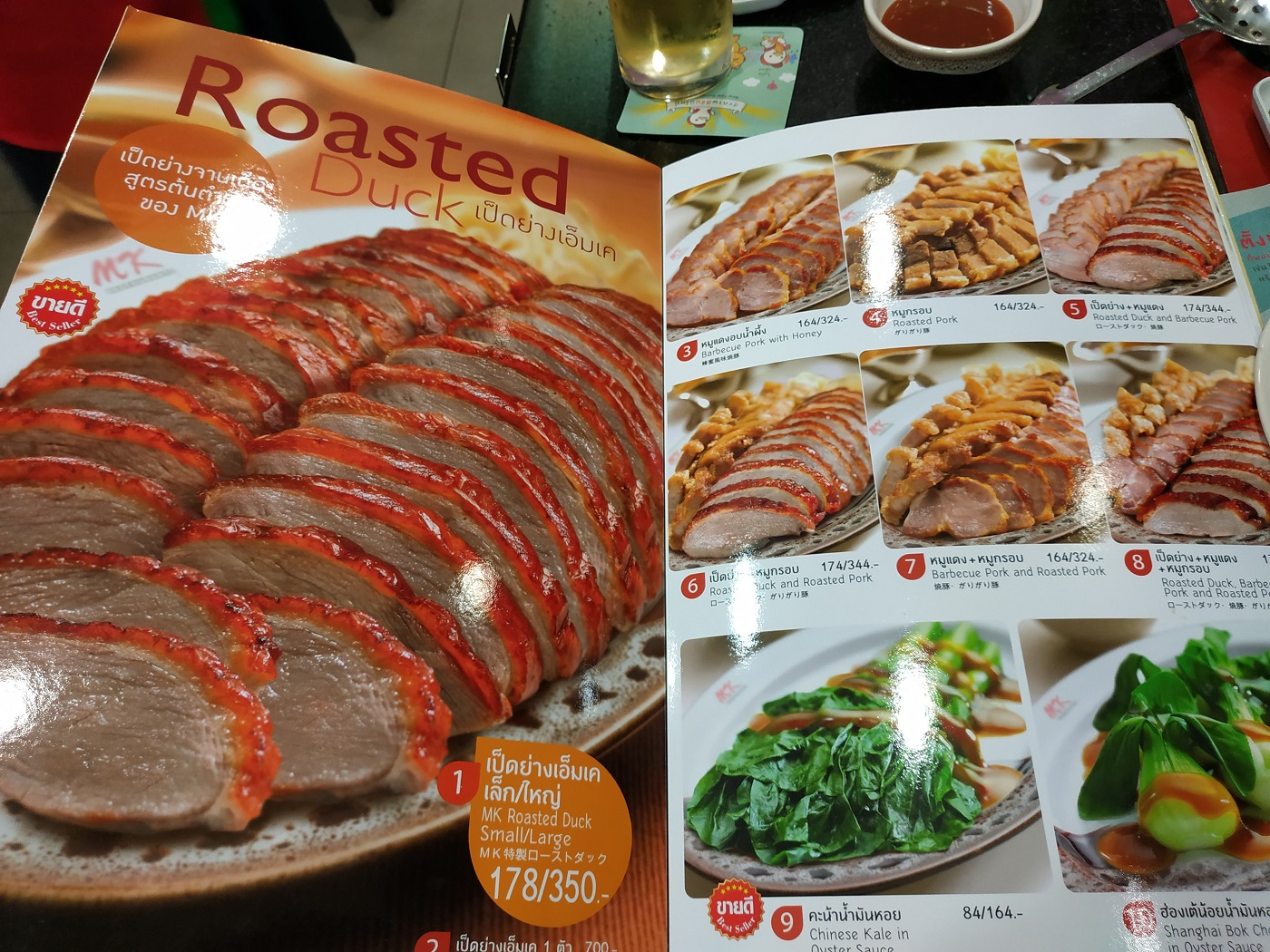 Below is roasted duck that we ordered which is soaked in sauce: 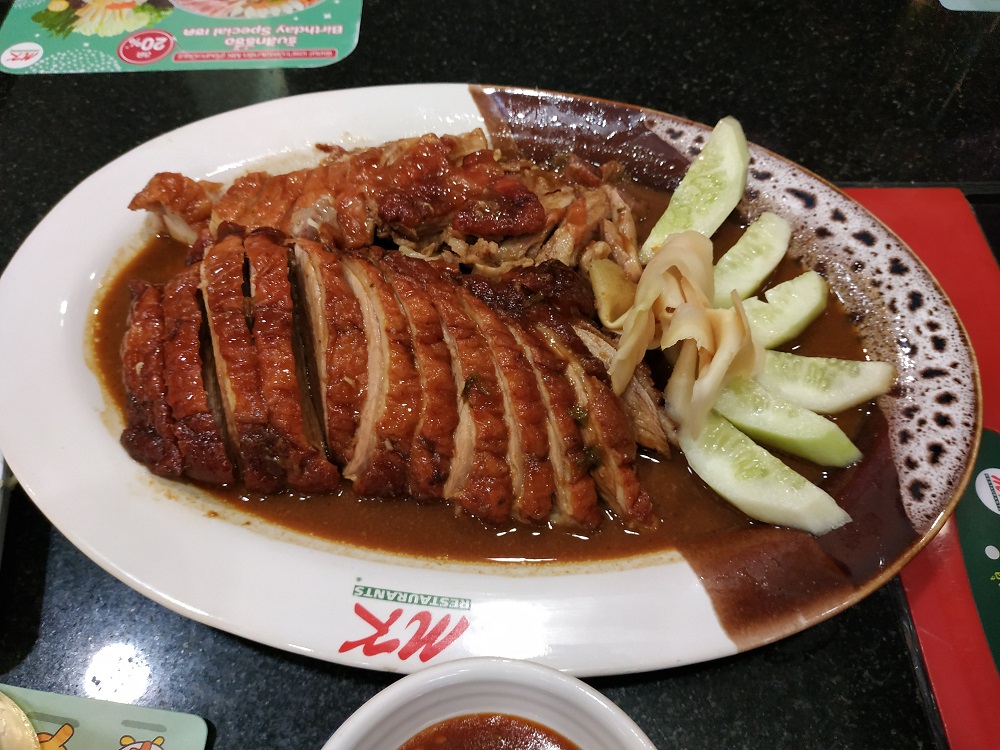 We also usually order the green noodles to go with the roasted duck: 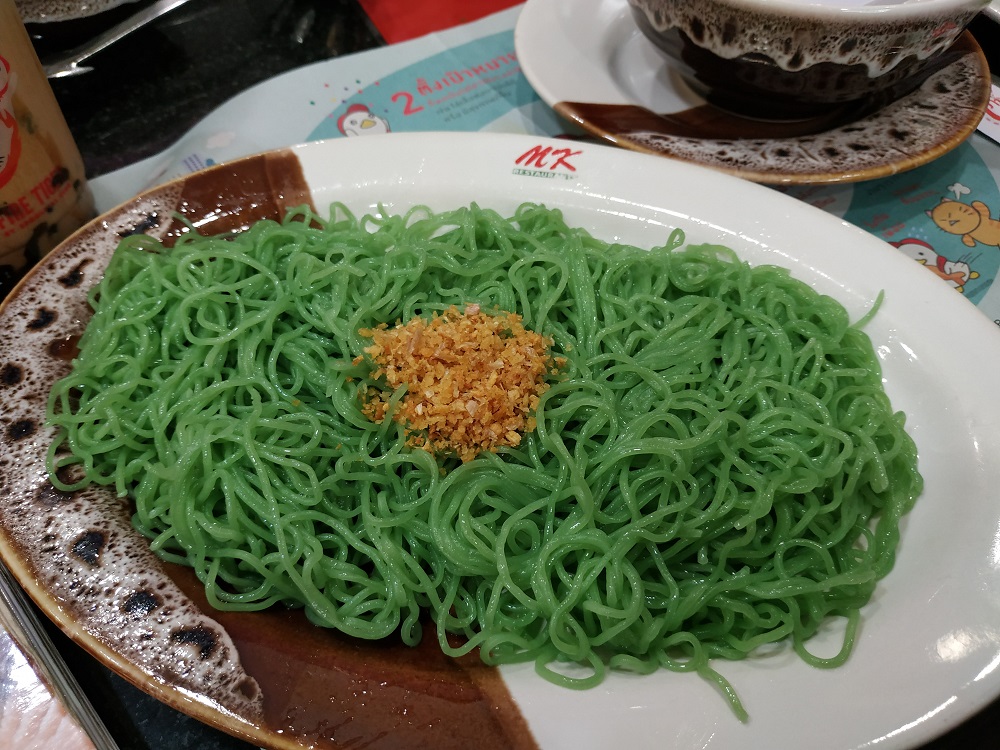 One can also order dishes with roasted duck or meat: 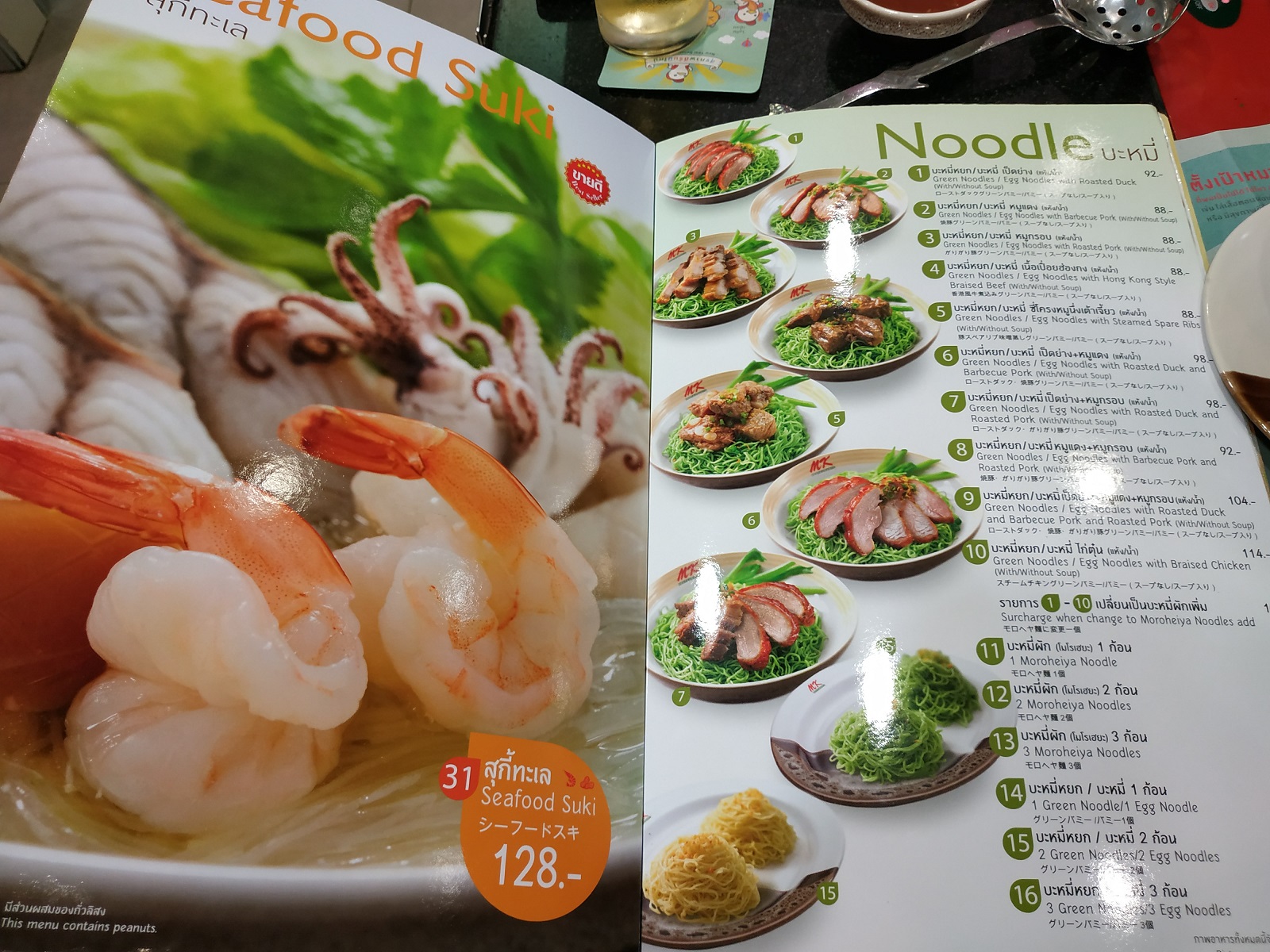 For those who do not wish to order in sets, then one can order the ingredients separately: 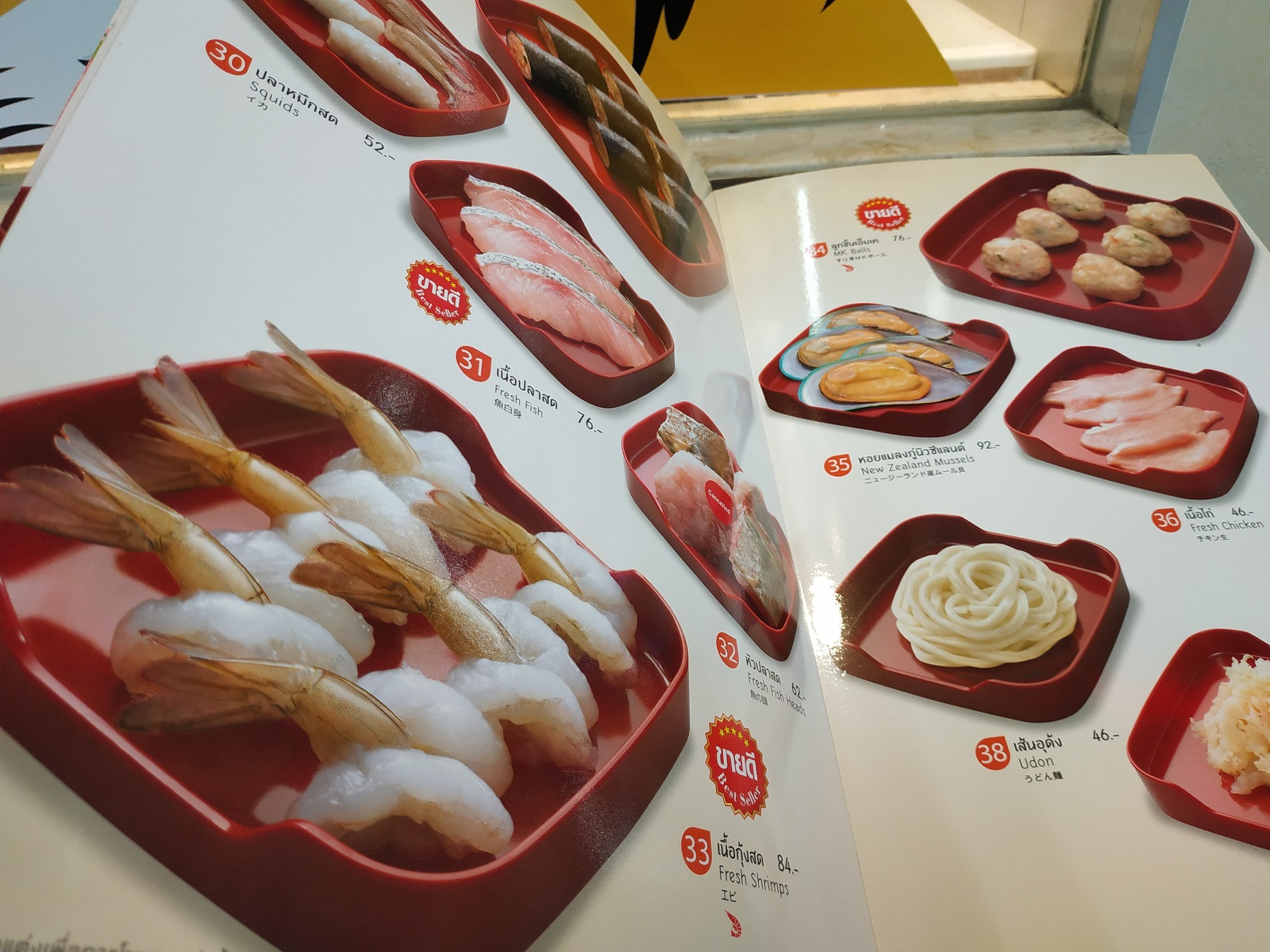 I love their fried stuff- like fried dumplings and mushrooms. We usually would order a few trays of those: 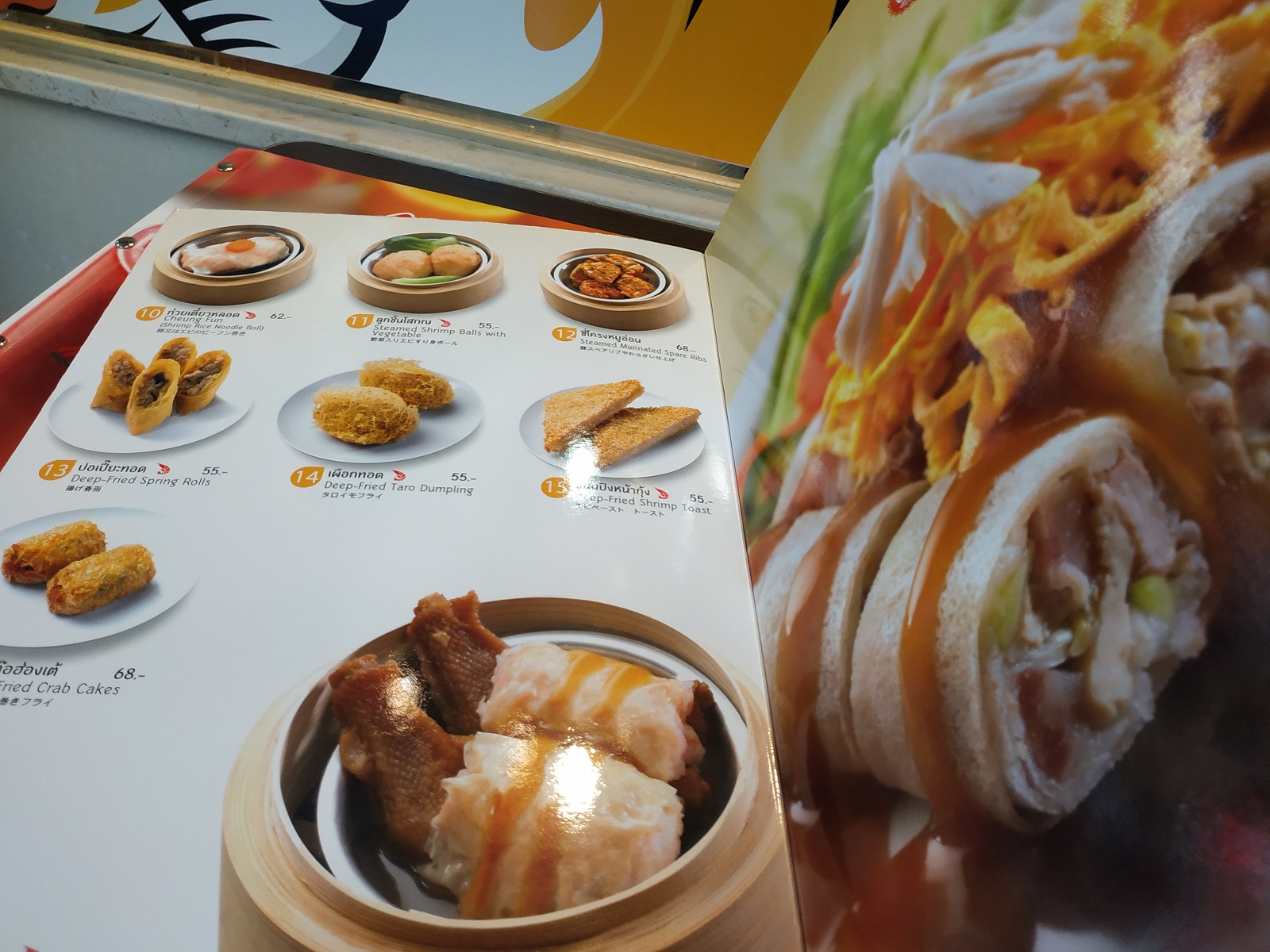 After the order is placed, the steamboat ingredients would be delivered in small red trays. A soup base would be provided. Once the soup is heated, ingredients are added gradually, starting from the ones that require longer time to be cooked. Dipping sauce, cut small green chilies and garlic are provided: 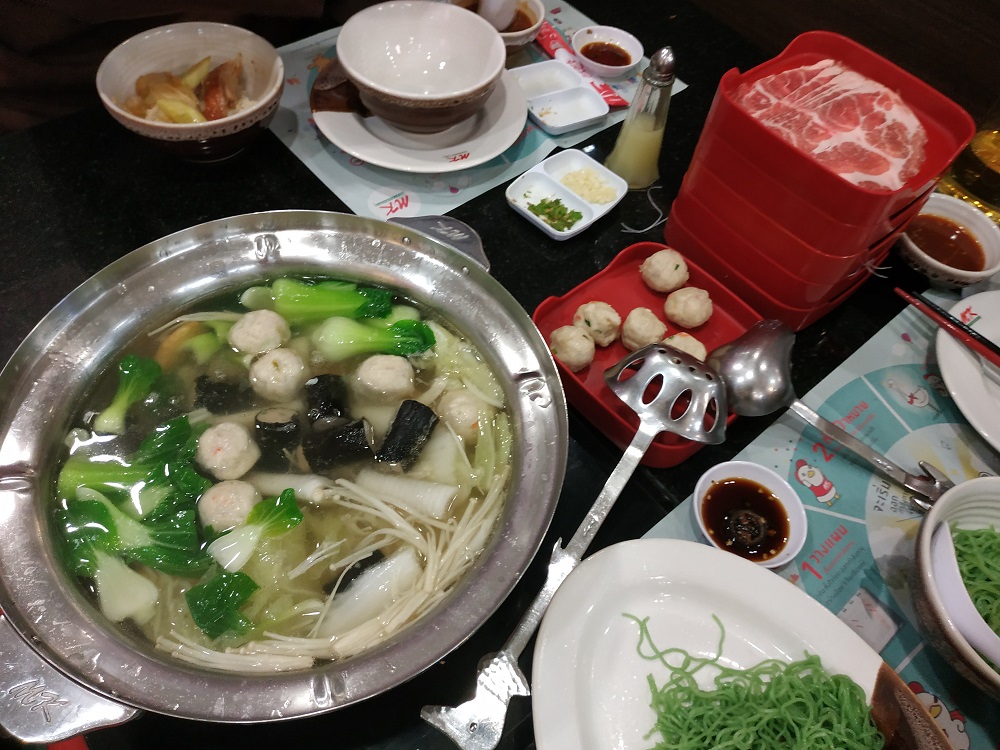 As mentioned above, they have seriously a huge variety of desserts and drinks available. Which is quite a smart strategy because usually when people have steamboat they would crave for a cold drink/ ice cream as well: 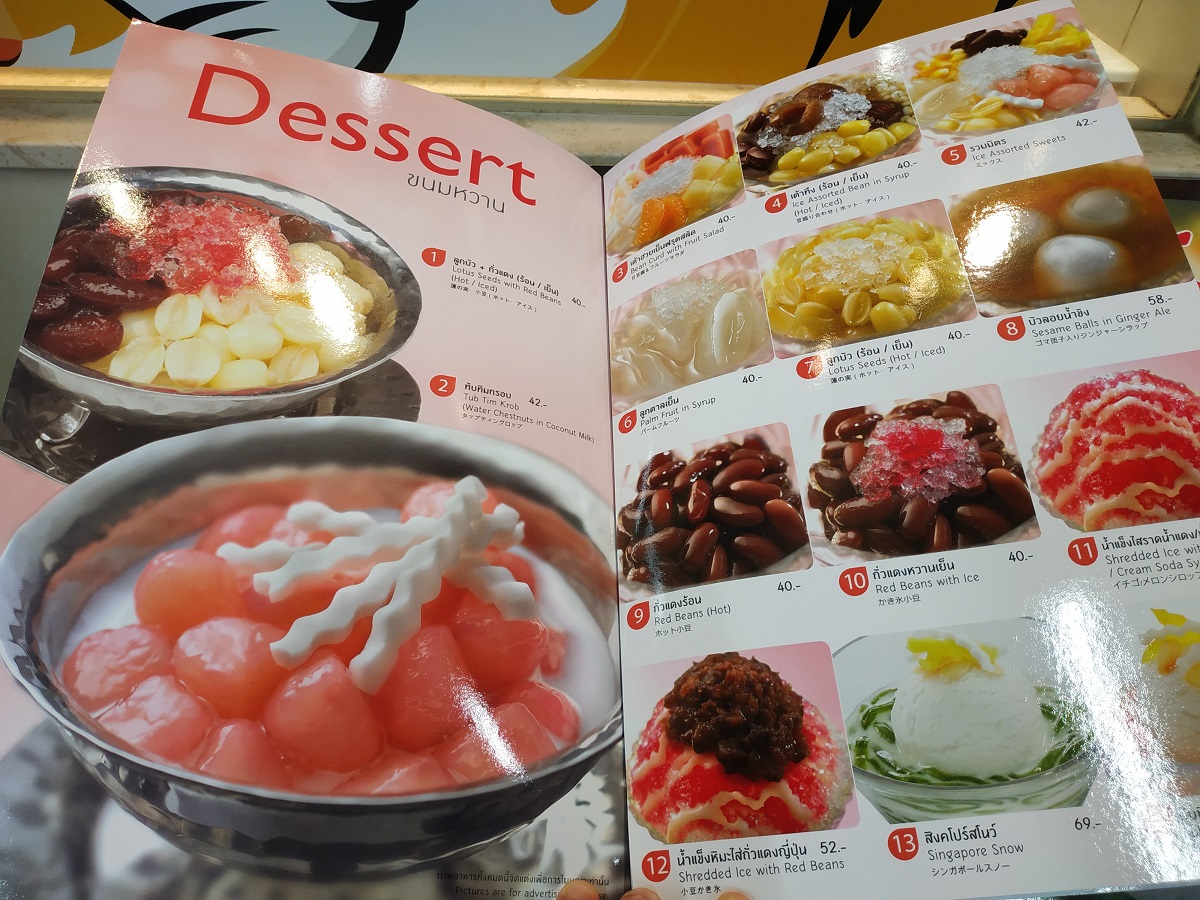 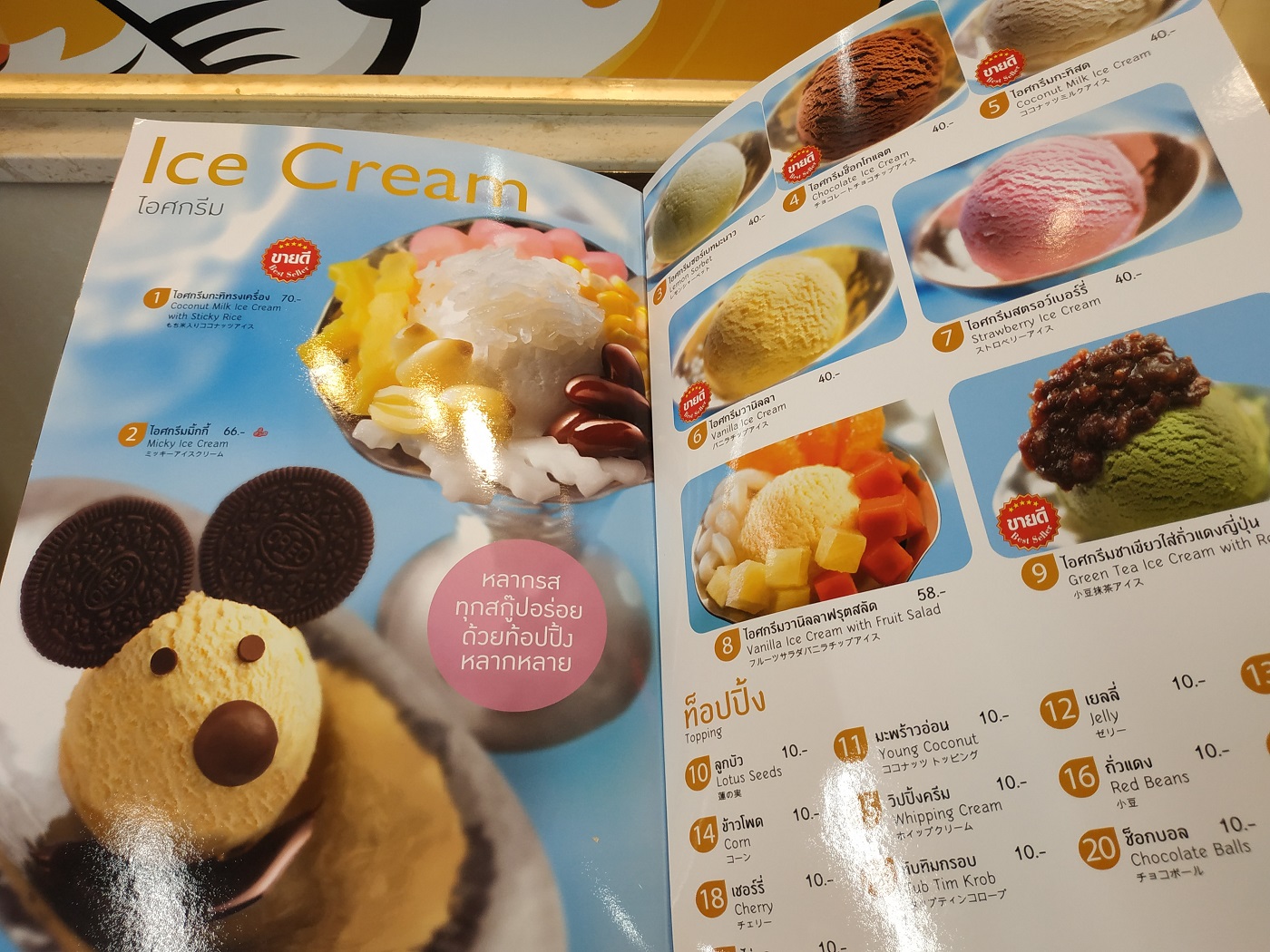 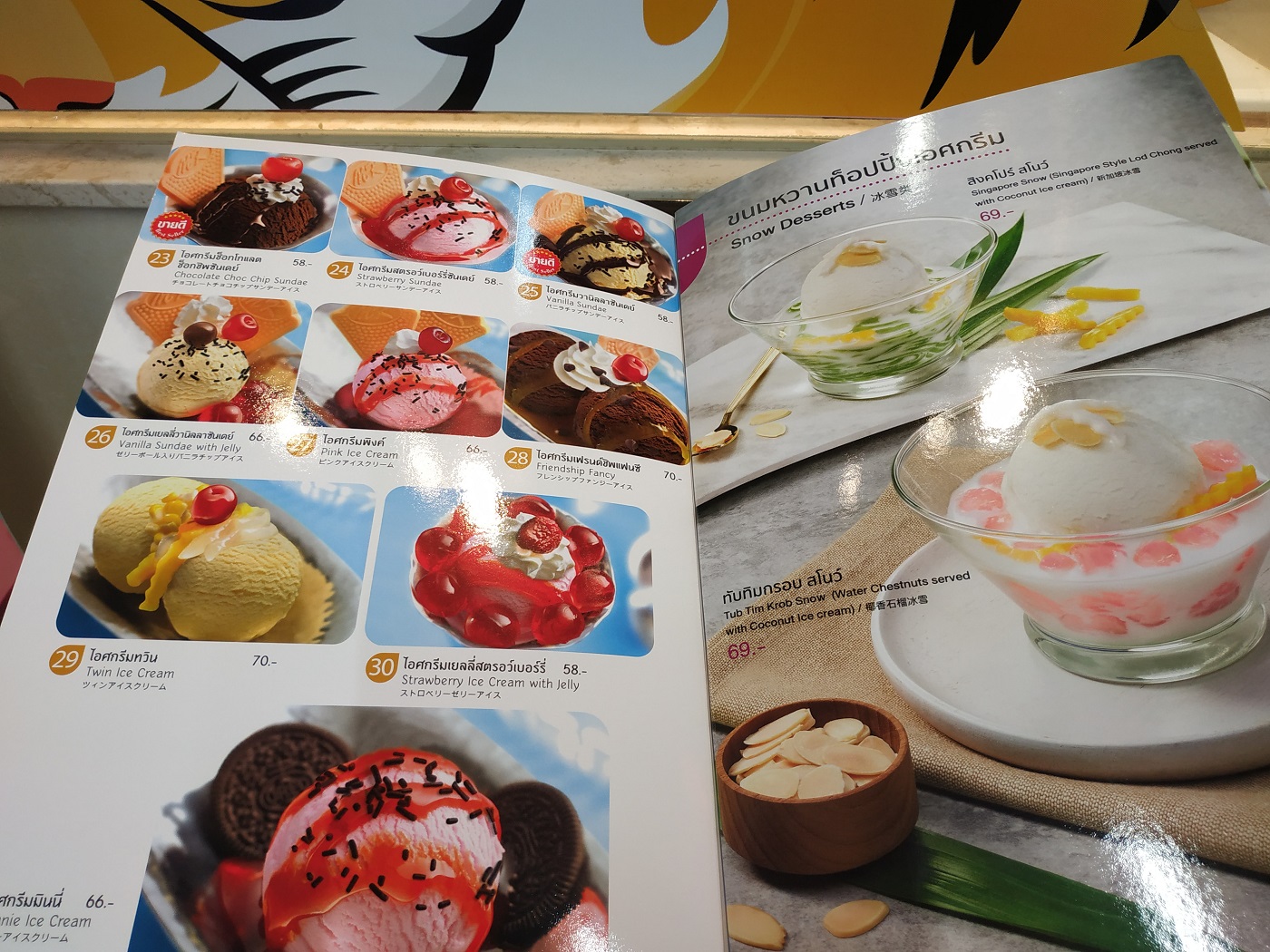 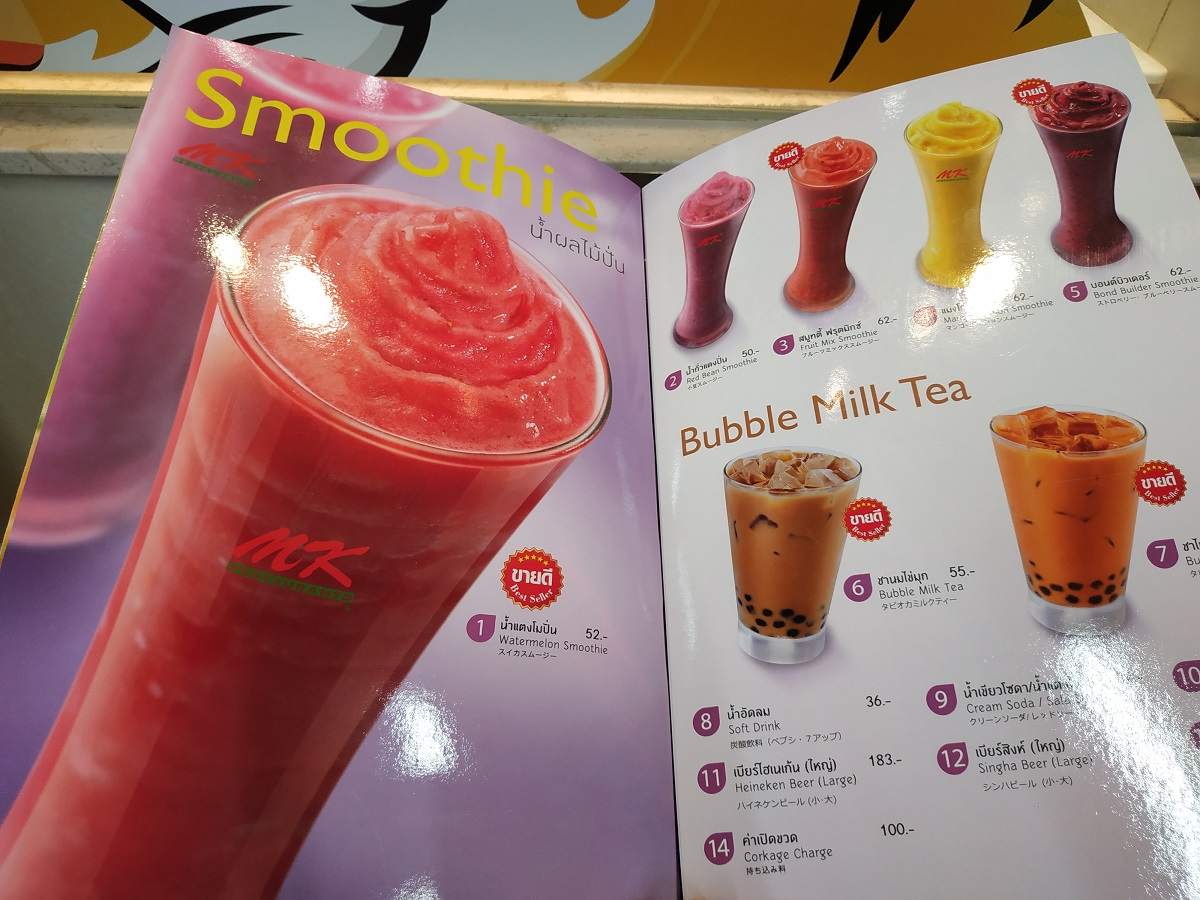 When we visited they have bubble pearl milk tea which I ordered, tried and absolutely love it. 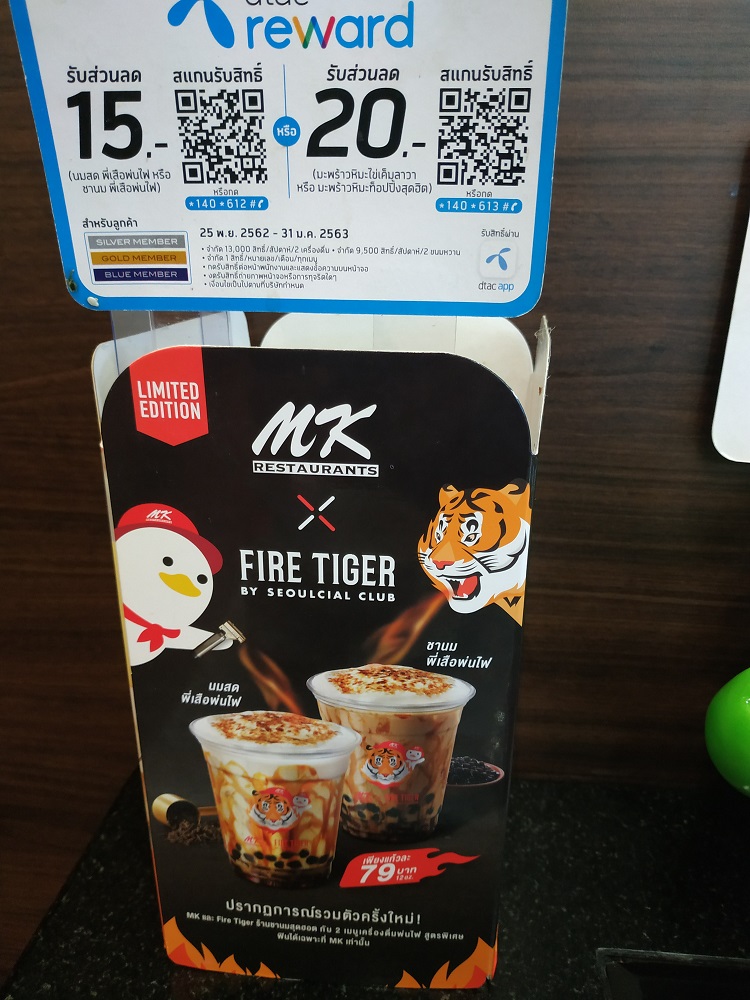 Just that for 69 baht, the portion is too little. I am now getting my bubble tea fix via Fire Bear. 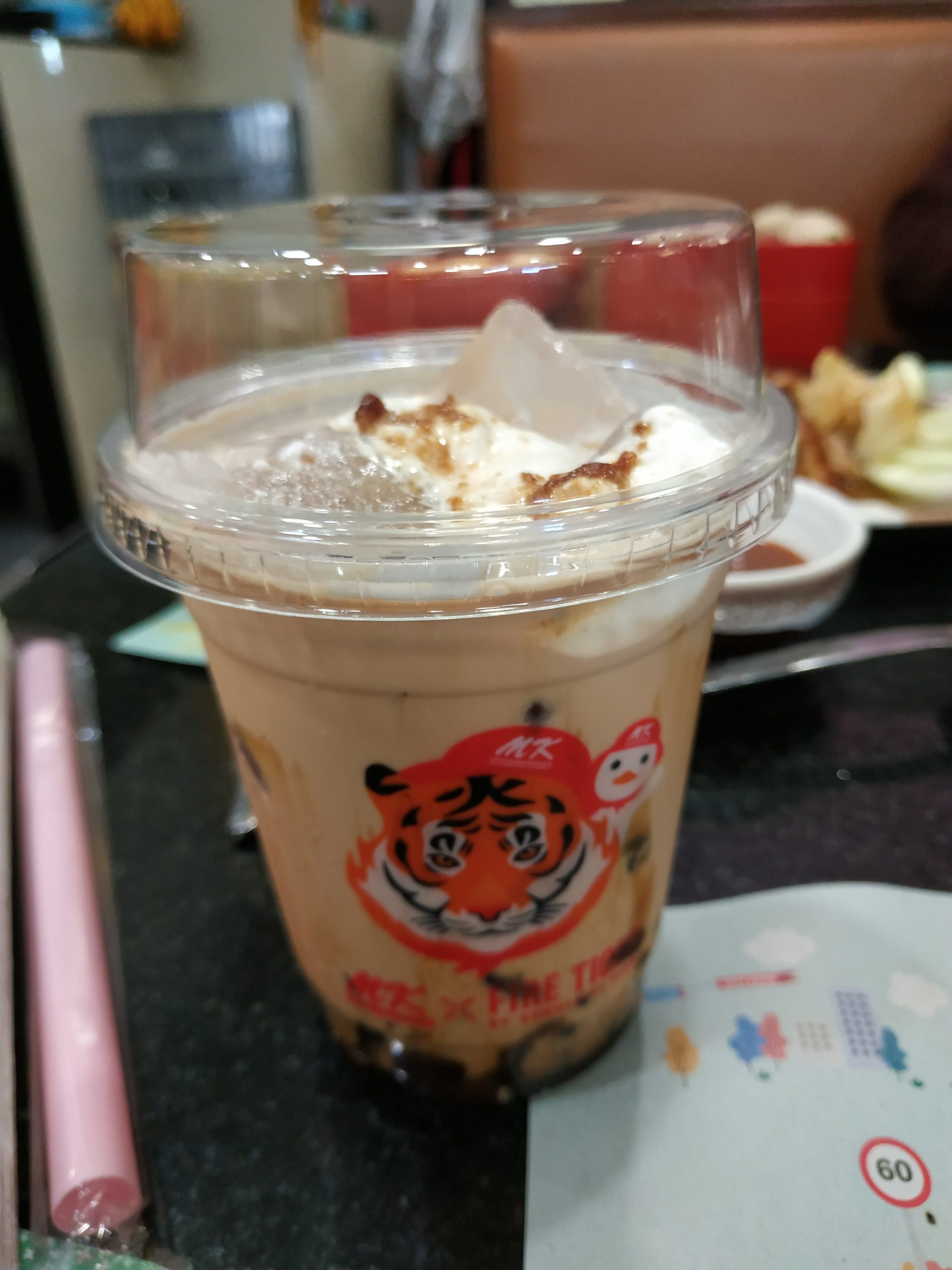 Nowadays we would tend to pack back, usually the roast duck with green noodles from MK. 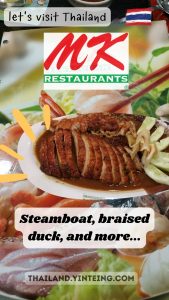 Road trips along highways in Thailand

Is it easy for a vegetarian to find food in Thailand?