I visit Thailand often during year end and each time, one of my priorities is to buy the Thai calendar with dates and months written in Thai language. I have been buying the calendar under this series since 2013. It is a way that I use to make myself remember the Thai numbers.

Update: Visit the article on the 2020 version of the calendar with Thai numerals. 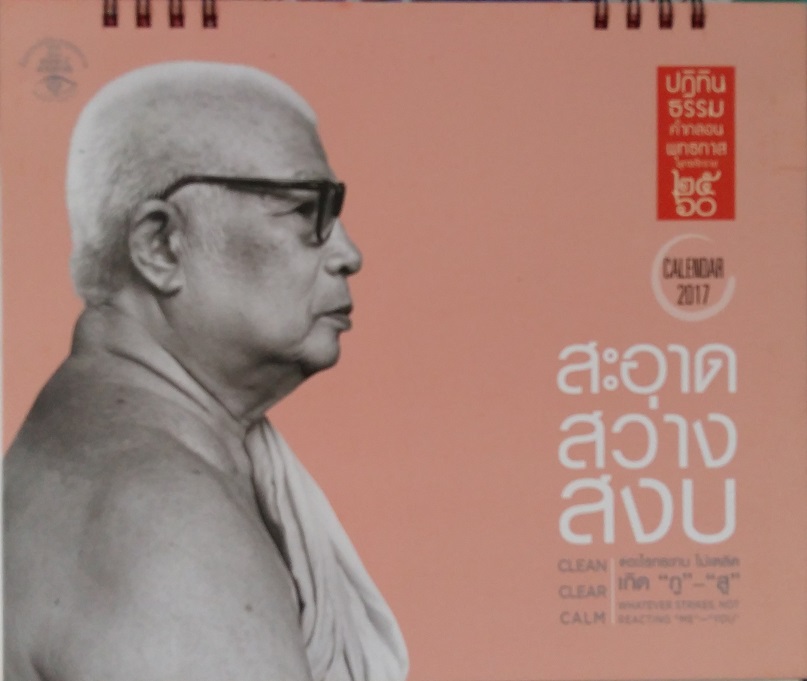 The cover of the calendar is Buddhadasa Bhikkhu (พุทธทาสภิกขุ) who was a famous Thailand monk who had followers from around the world.

The first time I bought the calendar was from a stall in Yaowarat, Thailand. Subsequently, I had bought the calendar from Survanabhumi airport (the first thing I do when I come out from customs is to head on to the bookstore located above the arrival hall to buy the calendar. The calendar is only sold during year end or beginning of each year and cost about 140 baht).

For years, this series of calendar sat on my desk at work where I jot down important dates, launches and brief reminders on the calendar. The calendar has the same design each year – however the color scheme changes each year.

It is quite amusing that sometimes certain colleagues or bosses would come over to my desk to discuss about timeline and launches… then they would pick up the Thai calendar from my desk and wanted to point at a certain date. They would then stared for a while with a blank look only to realize that the calendar is in a totally different language which they do not understand.

Here are some of the pages of the calendar in Thai numbers. 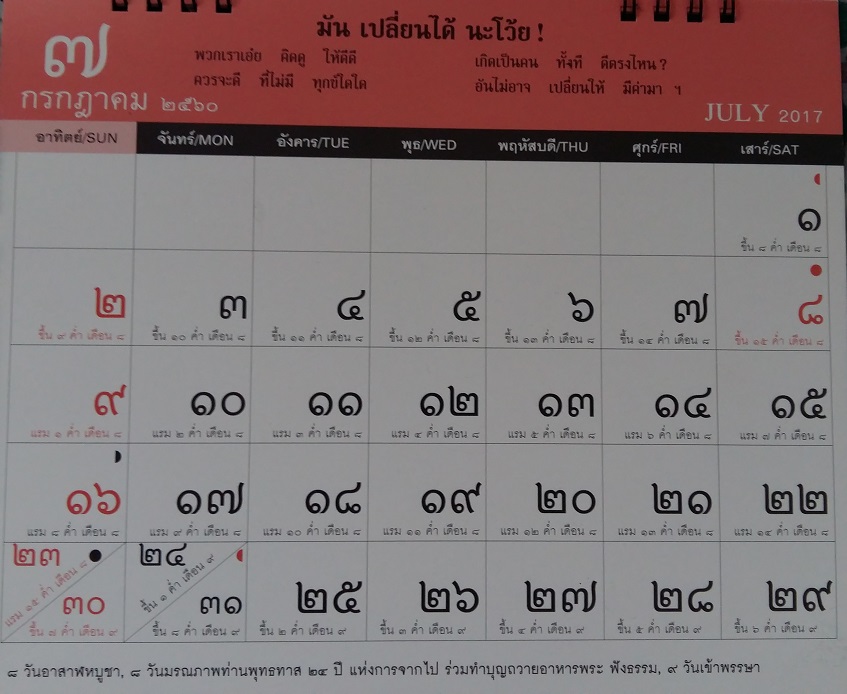 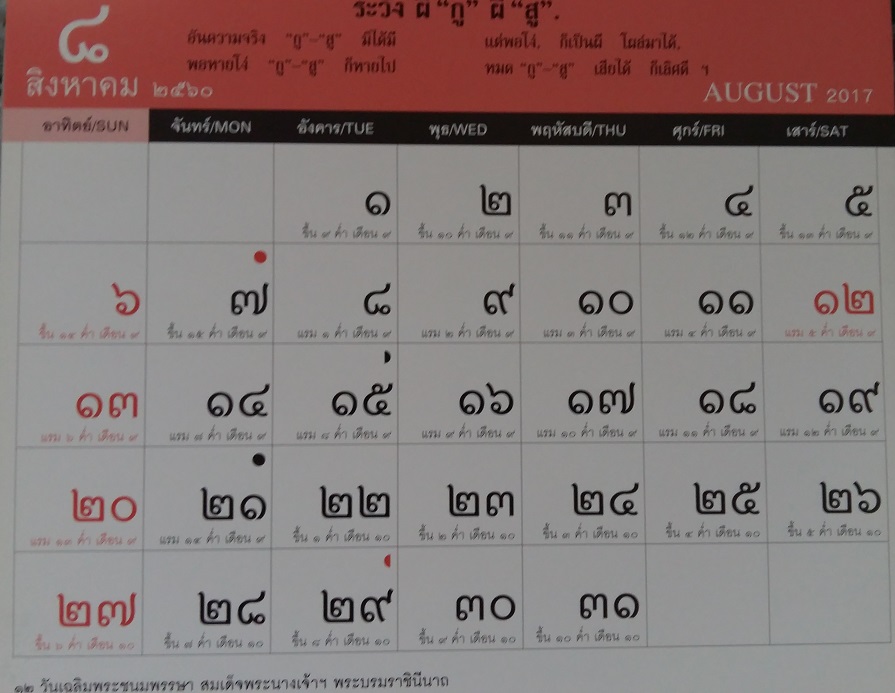 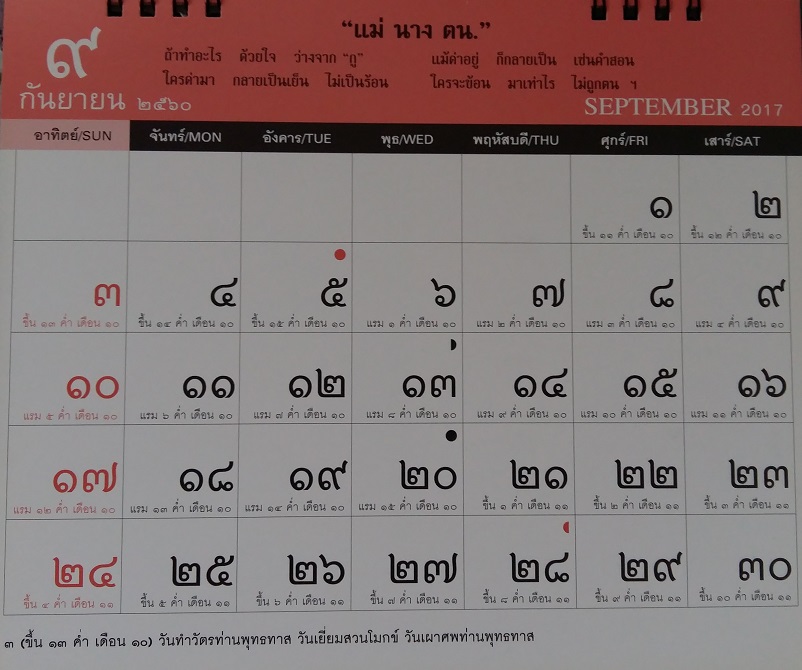 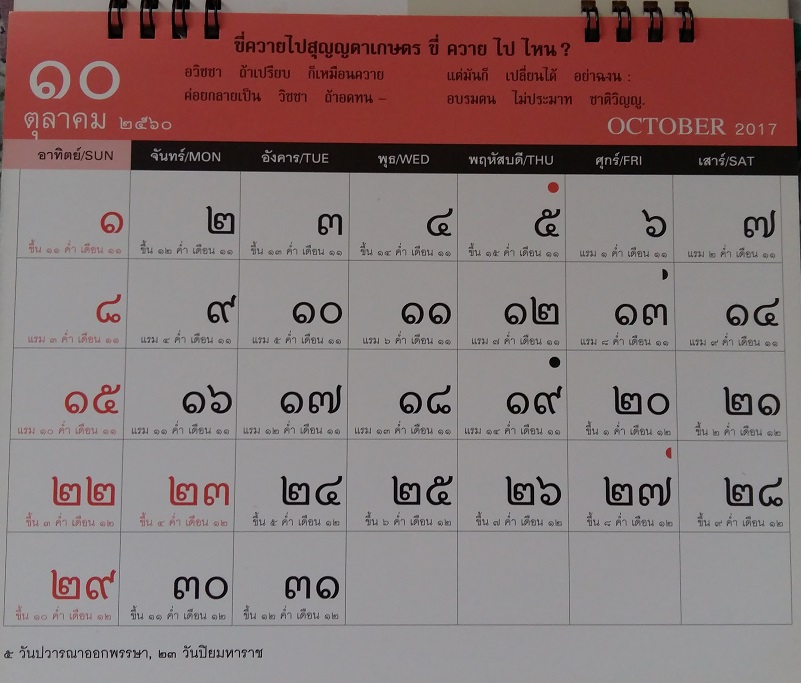 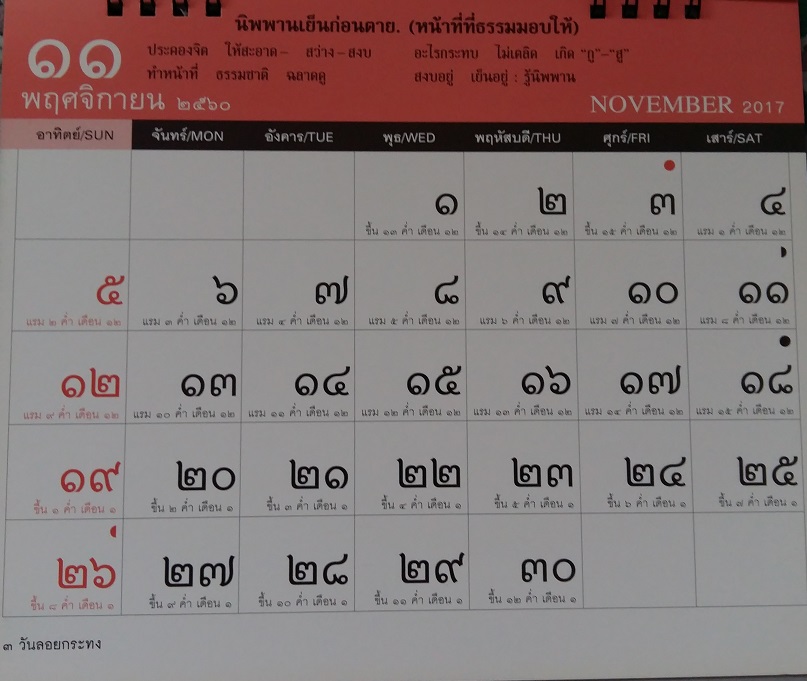 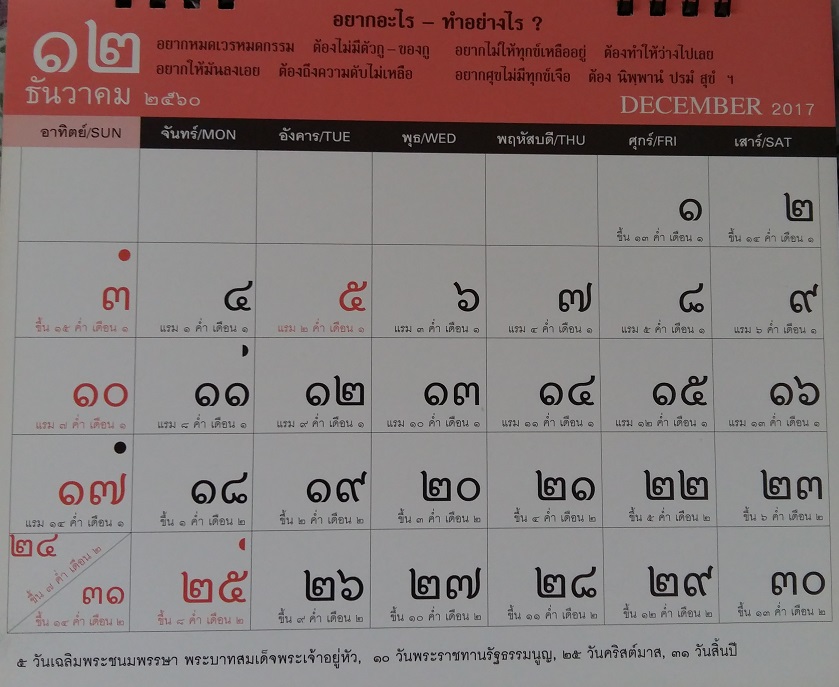 The calendar is available at most large Thai bookstores and also SE-ED bookstores located at shopping complexes, some hypermarkets (like Lotus and BigC) and also certain stops along highways.

Calendar with numbers in Thai language

How to read Thai vowels- with writing and video

CALENDARS, BOOKS AND PLANNERS (view all):

Buy snacks back home from 7 Eleven, BigC, Lotus or Makro