Wat Arun or its full name Wat Arun Ratchawararam Ratchawaramahawihan (วัดอรุณราชวราราม ราชวรมหาวิหาร), also known as the Temple of the Golden Dawn, is located along the Chrao Phraya River. Even though it is known as Temple as the Golden Dawn, many agree that it is more beautiful to view at night. See how beautiful it is at night. 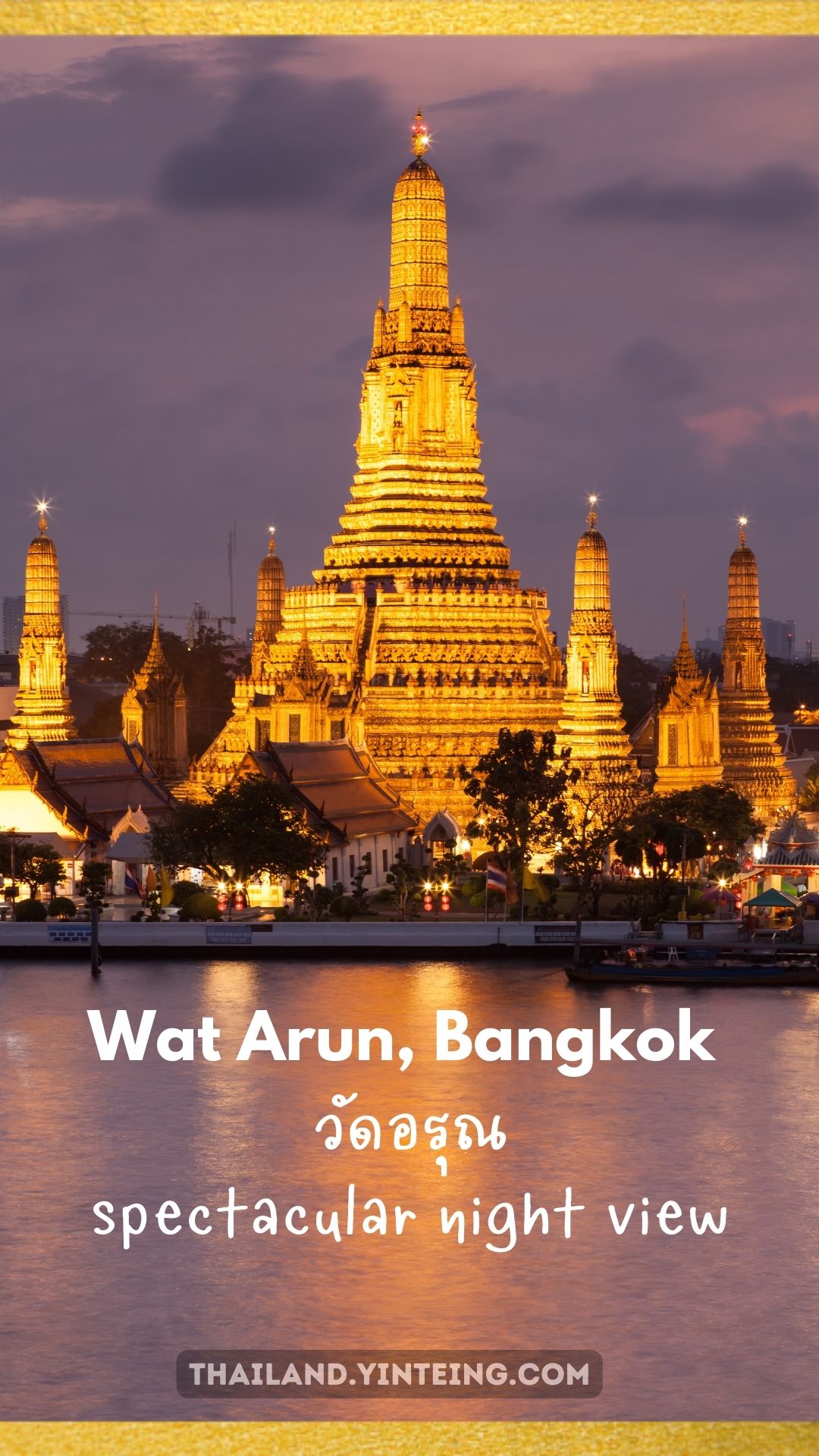 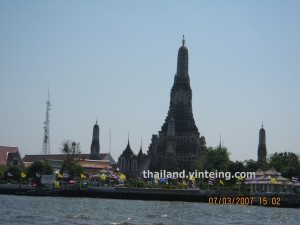 Wat Arun is located very near Wat Pho. From Wat Pho, just walk towards the Tha Tien pier, pay 4 baht (RM0.04, yes, only 4 sen). Take the ferry opposite. If you want to walk around the towers, please arrive by 5pm as the towers will be closed for visitors. 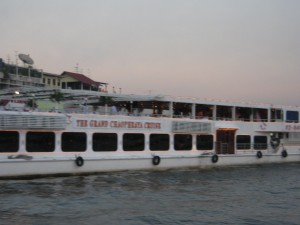 If you are taking one of those luxury tour package, you would probably end up in one of those luxury ferries as you see in this pic. Complete with buffet table, music and comfortable seatings, I think the ferry will go along the Chrao Phraya river.. 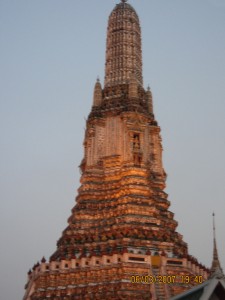 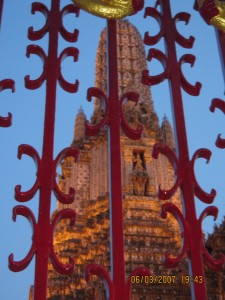 These pictures were taken at the outside of the walls because it is too late to go in (I arrived at about 7pm). 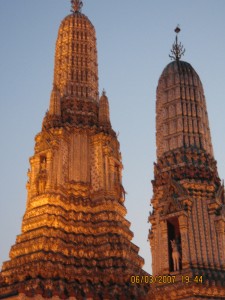 Taken outside the steel gates… that was where I camped coz I decided to watch the night fall against the backdrop of the towers. 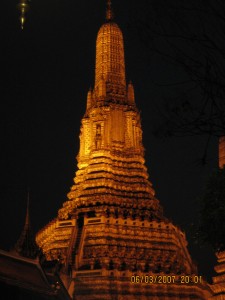 Look at the Golden hues of the temple against the night backdrop. 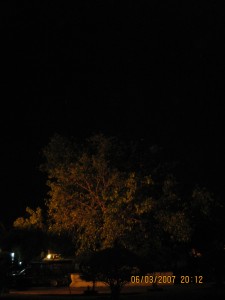 Above: I wanted to take a picture of a very bright a beautiful star up the skies behind the tree. But this pic only showed the pic of the true and not the star. 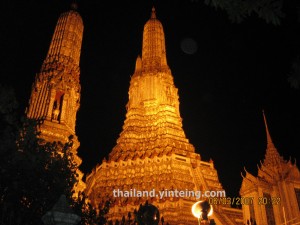 It’s beautiful and peaceful. I am grateful I did not rely 100% on commentaries but instead take a look at the temple a night.

It felt peaceful here… amidst the grass patch and near the pier with the night breeze from the river. So peaceful and happy 🙂 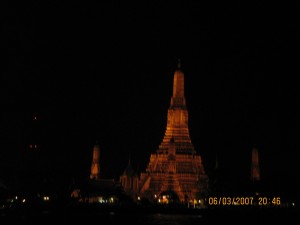 Relunctantly I left and took one last night picture while waiting in the ferry for the driver to take me back across. I made a promise to myself to come back the next day to see the structure…

Just that you have to note if you are travelling by the river boat (Chrao Phraya express), the service ends slightly before 7pm. So if you are watching the sun set, you can still catch the ferry (4baht) back to the Tha Tien pier but you will no longer be able to catch the Chao Phraya express.

Entrance fee is 100 baht for foreigners and operating hours is 8am to 5.30pm.

Why we need to cover up when visiting temples in Thailand
Wat Phra That Doi Tung- beautiful temple up the hills
Supplier for clothings, costume jewelry, fabric, bags in Bangkok
The Night River Market of Amphawa ตลาดน้ำอัมพวา
Spread the love
1