Wat Saket (วัดสระเกศราชวรมหาวิหาร) is one of the more popularly listed temples to visit in Bangkok, Thailand, alongside with Wat Phra Kaew, Wat Arun and Wat Pho. 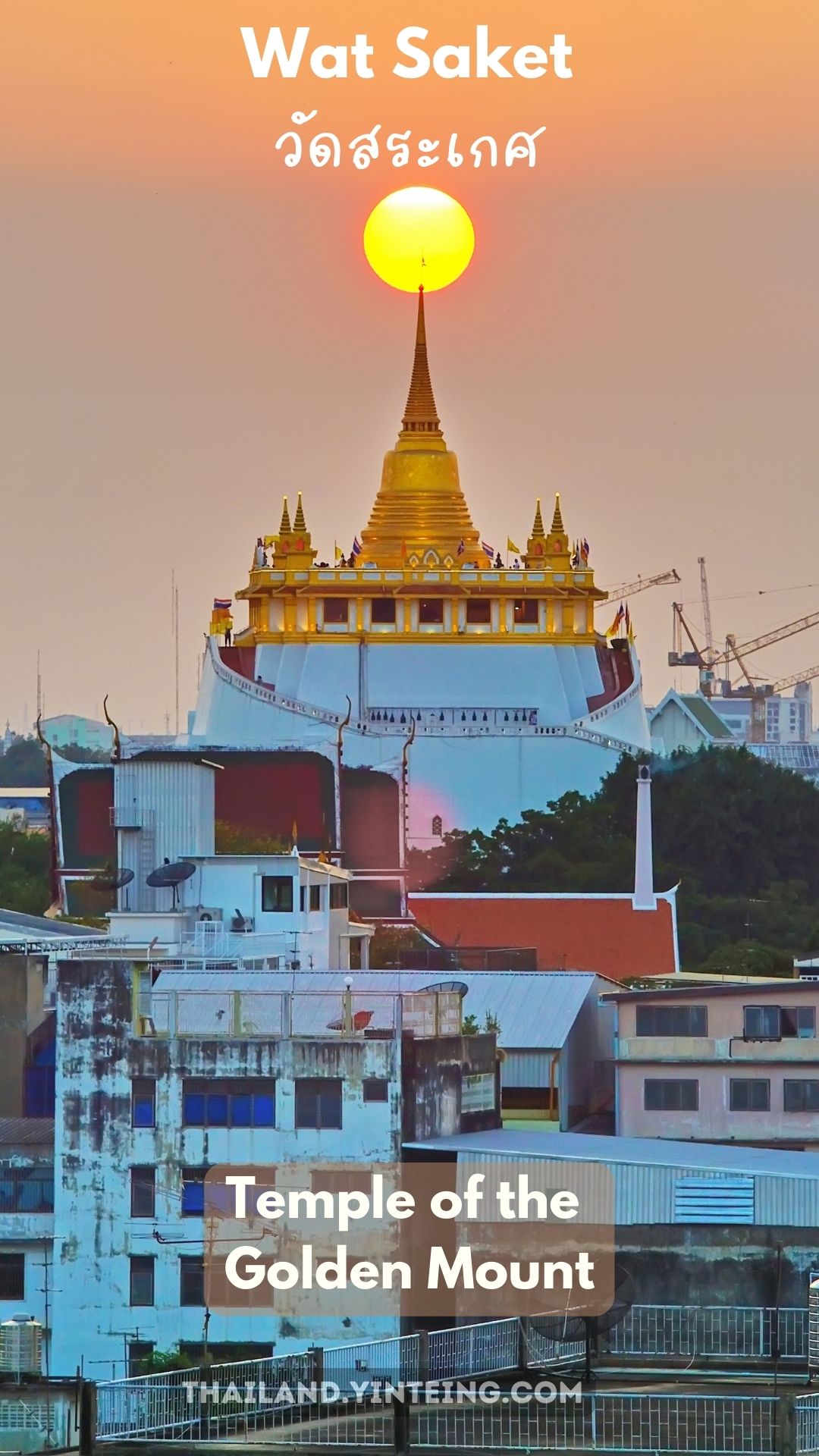 Here are a lot of pictures I’ve taken on Wat Saket and also a little record on my journey: 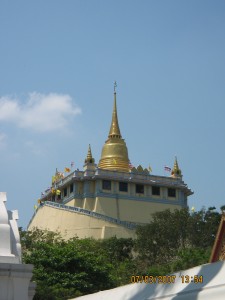 You can reach Wat Saket by taking bus no. 47 from Khao San. When I took the bus, the bus conductor was kind enough to tell me where to get down. A view of the Wat: you need to climb about 200+ stairs to reach the top. 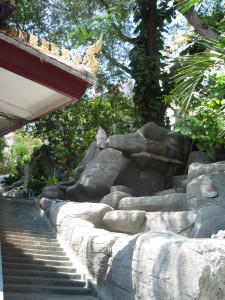 The stairs on the way up. It’s easy to climb because their are low steps. 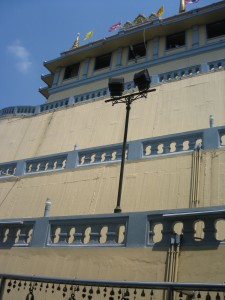 Halfway up.. can be quite hot in the middle of the day. 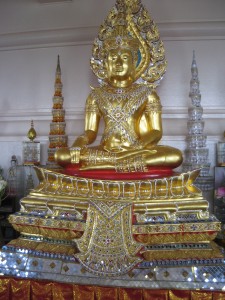 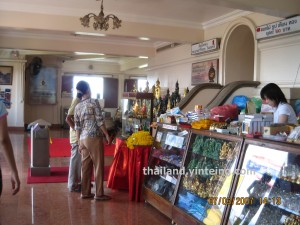 Items are being sold once you reach at the top. There is also an entry fee, which I did not realise and no one asked me for it because they thought I was a Thai. 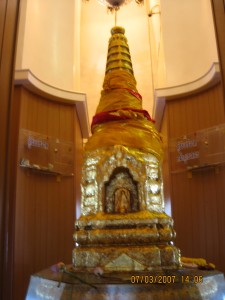 At the top, in the center of the temple, believed to house the Buddha’s relic. 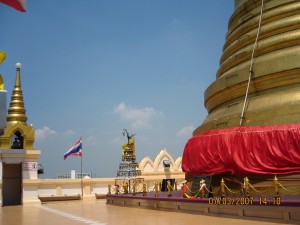 Climb another small flights of narrow stairs and you will arrive at the rooftop.
You can go around the stupa in clockwise direction 3 times (Buddhist tradition).

Views of Bangkok city from the top of Wat Saket: 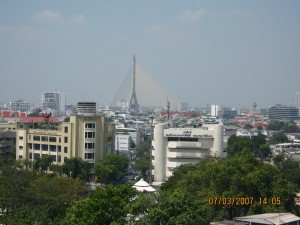 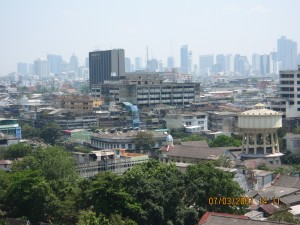 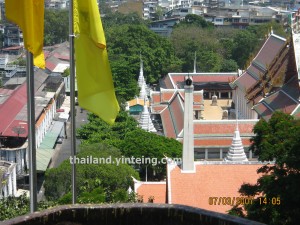 Well, in total I spent less than an hour here. I then took the bus no.47 to Wat Arun as I want to see Wat Arun during daytime. This is advantage of travelling alone… one can decide where to go and leave at whim 🙂 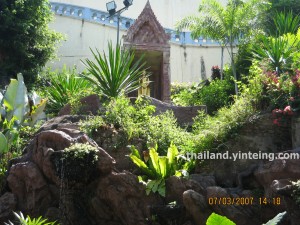 Paying respect at Wat Bangkung (near Amphawa)
Why we need to cover up when visiting temples in Thailand
Supplier for clothings, costume jewelry, fabric, bags in Bangkok
Wat Phra That Doi Tung- beautiful temple up the hills
Spread the love
1

It is safe to visit Thailand