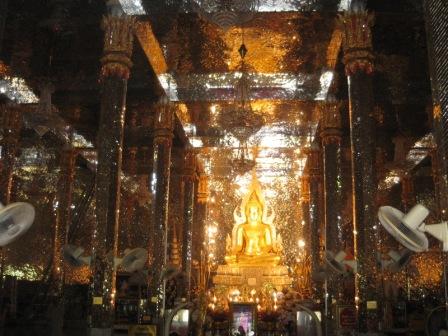 Build in Ayutthaya period with only a small temple on the ground, a later restoration took place with many interesting additions, including the murals inside the temple painted by local crafsmen depicting the story of Buddha
and a square structure with four arches and a pyramid-shaped roof which houses a replica of a Phra Buddha Chinnaraj image and the undecomposed body of Luang Pho Ruesi Lingdam.

Luang Phor was very skilled in meditation when he was alive, entering realms of heavens and hells easily. I was told that the meditation hall he build was based on what he saw in the heavenly realms.

Below is an excerpt from an old booklet that I found in the premise of the temple many years ago. I was inspired by what it was written that I actually
copied the contents down in book- but the contents are written in brief sentences due to lack of time then. You can understand that after reading this story, you would know why the late abbot and this temple is so famous.

Luang Phor’s uncle who was a monk said Luang Phor came from the Brahma realm.

Luang Phor died on 30 October 1992 at 16.10hrs due to bad pneumonia and serious infection disease in blood at Siri Raj Hospital, Bangkok.

1. Can visit hell realm since young
12 years old, died- soul seen 4 hell gods taking dead people’s souls in a long line waiting for hell god King Prayayomraja in order to judge whether the next destination is to hell or heaven.

He followed from a distance and one of the hell gods saw him and took him to see the god king. The god king liked him.
Took him around and allow him to come back anytime.
Then he sent him home. When Luang Phor recovered, he saw his mother, grandma and nearly everyone crying.

Their family used to respect a Chao Khun but not Luang Phor. When Chao Khun died, Luang Phor meditated and went to hell, asking hell god king about Chao Khun.
The king said Chao Khun is in hell and told him a list of Chao Khun’s treasure. The boy told his parents the treasure list which matches.
His grandmother and mother trust his ability and sought a good monk.

When Luang Phor was young, he could visit hell but not paradise.

2. Luang Phor went to paradise in the first year of being a monk
During his first year of entering monkhood, he stayed in a graveyard. He visited Tavatingsa and gave sermons to the devas.

3. Distinction in theory, practice and teaching of Dhamma.
Luang Phor was highly skilled in 40 kammatthana and Mahasatipatthana. He also had the ability level where he could understand the language of all humans and animals.
He had high competency to teach the Dhamma.

4. Luang Phor’s status in Buddhist reality
Luang Phor received Latdhayates Payakorn, former Buddha’s forecast for a Boddhisatta that he will be #22 Buddha in future named Ariyamuni. But at 1963, Luang Phor wanted to strive for arahantship (last rebirth). 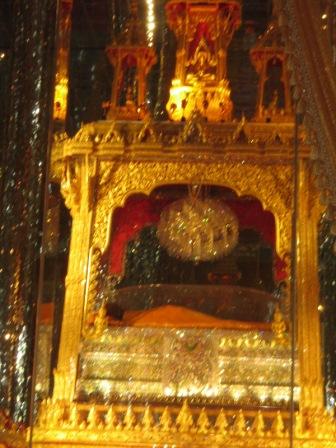 Luang Phor requested no cremation, and to keep his body in a glass coffin. He also emphasized not to have formalin injected into his body (picture above is the coffin).

7. Luang Phor in public welfare
With the help of some monks, Luang Phor helped to win over the communists by being kind to them.
He donated lots of dry food, clothes and medicine and ask for peace and kindness.

8. Luang Phor developed Wat Tha Sung.
Luang Phor originally arrived in the temple with 12 dogs as his company. The dogs wanted to stay with Luang Phor. When Luang Phor was sitting alone, the dogs would come close to him and Luang Phor would chat with them warmly.
At first, only 20 people studied with Luang Phor but when they saw results, the word spread and more people came.

There was so many people who came. Later Wat Tha Sng expanded and Luang Phor bought more land to build so that he could support more people. The land had 200 acres now. 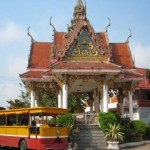 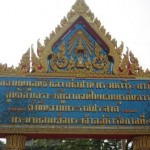 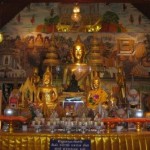 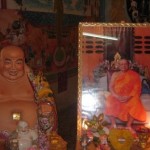 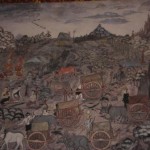 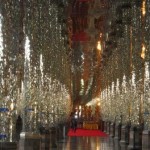 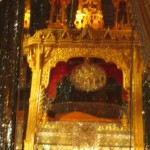 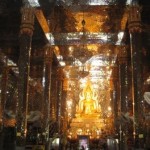 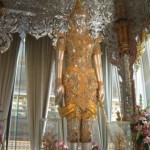 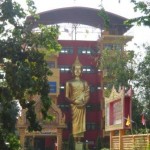 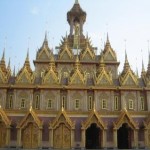 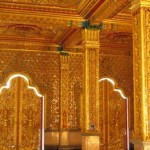 Based on Tourism Thailand’s website, the main shrine hall is opened from 9.00am-11.45am and then 2pm to 4pm daily. In between, no visitors are allowed into the shrine hall.

Lampang ลำปาง is well known for its ceramic wares and crafts